Fans First: My Love of DC

For those of you who have followed Cryptozoic for a while, you know our motto: “Fans First.” But what most people don’t realize is that this has a double meaning. Yes, we are dedicated to creating awesome products that pop culture fans will love. But just as importantly, we are fans ourselves. We only produce licensed and original tabletop games, trading cards, and collectibles based on properties that we are passionate about.

So, in celebration of our 10-year anniversary as a company, members of our team will be sharing which properties they’re fans of and how that fandom has played a role in their work at Cryptozoic. 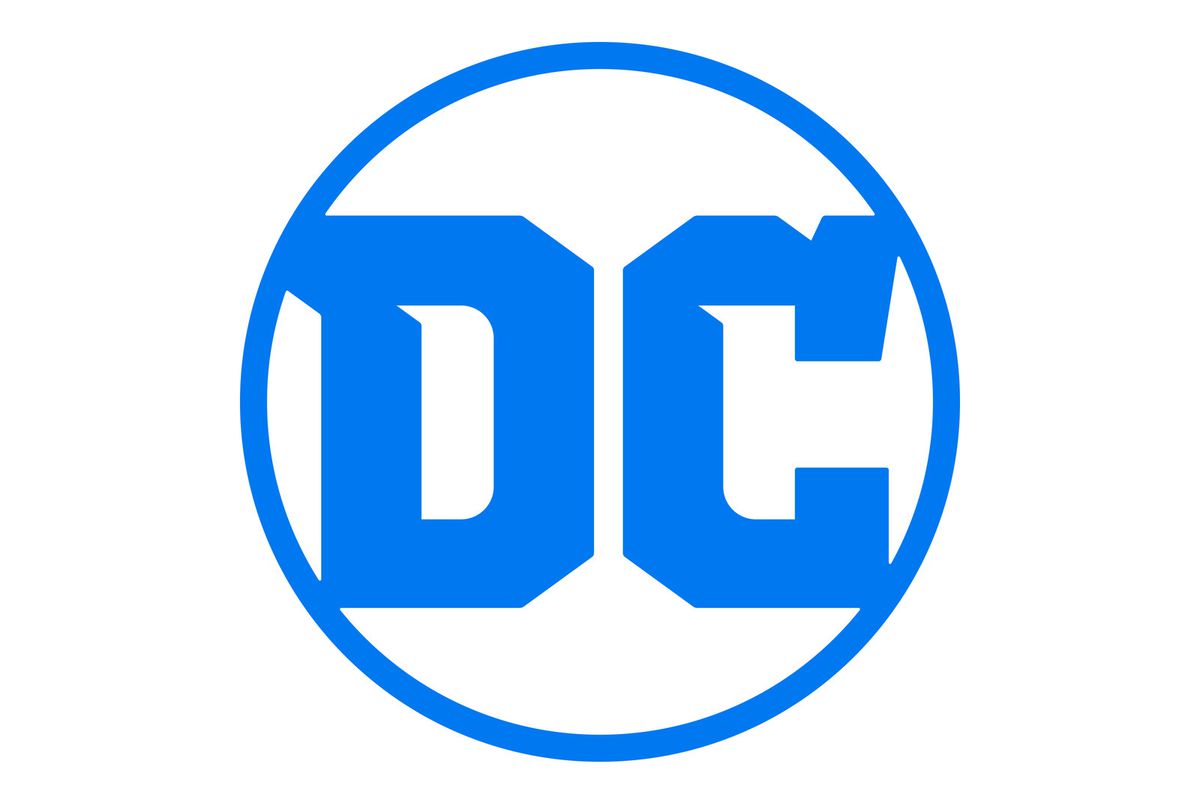 For our first installment, I’m going to tell you a bit about my love of DC. I grew up with DC’s characters in my life, like most people out there. I can’t remember a time without Superman and Batman being characters I was familiar, pretended to be, or played with as toys. As a kid, I bought some comics and casually watched Super Friends and the old Batman TV series with Adam West.

My biggest early exposure to the DC world was Superman: The Movie. The story of an alien immigrant who arrives on Earth with amazing powers and sets out to protect his adopted homeworld spoke to me deeply as an Iranian immigrant trying to find his place in a new country. And Christopher Reeve was my hero for the charm and strength he brought to the character. 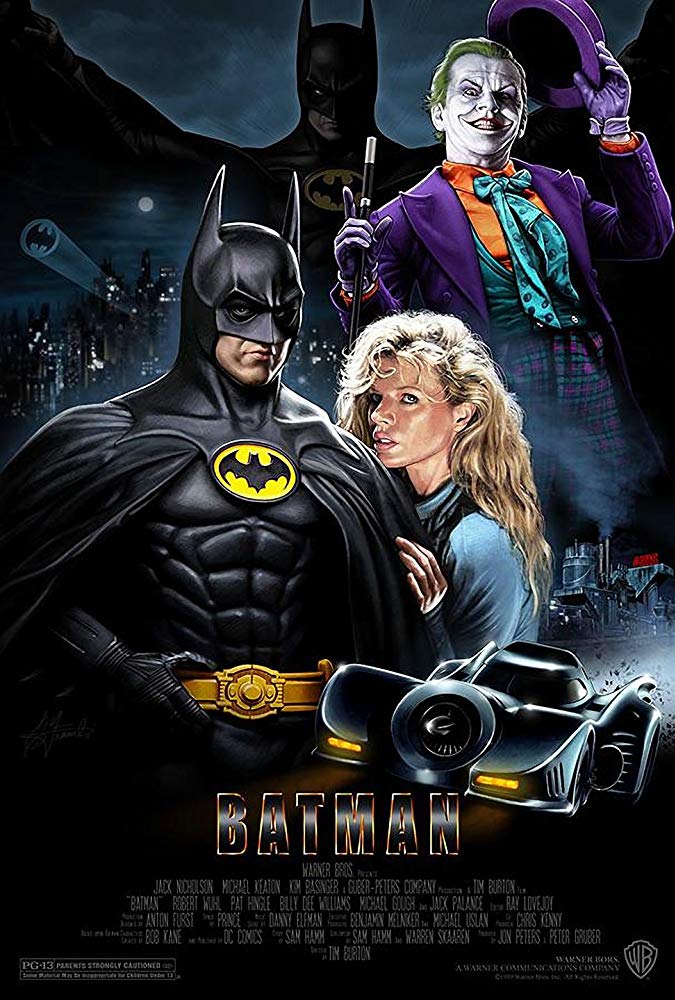 But I didn’t become a DC superfan until the release of Tim Burton’s Batman in 1989. That movie was everything to me. I got caught up in the buzz and the controversy (Michael Keaton—aka, Mr. Mom—as Batman?) and when I saw it, I was changed. From the incredible Danny Elfman score to Jack Nicholson’s performance to Kim Basinger screaming her head off for two hours to Batman’s dark, conflicted character and cool gadgets, I was in love (even if in retrospect, I was a bit too young for the movie).

From there, my fandom took off. I bought toys and trading cards related to the movie. Then I wanted the source material, so comics became a big part of my life. I turned into a regular at my local comic book store (my mom drove me at least once a week) and even had my own pull list of favorite titles. My interest stayed mainly on DC titles, particularly Batman and Superman. I got excited for every issue of the “The Death of Superman” miniseries (what, Superman is going to die?) and “Knightfall” miniseries (what, Bruce Wayne is going to stop being Batman?), in particular. I was absolutely obsessed with Batman: The Animated Series and all the other cartoons in that universe that followed. 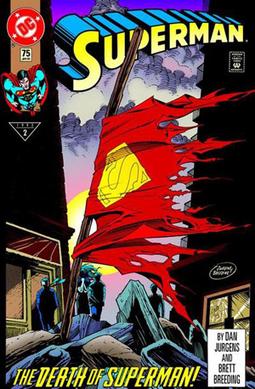 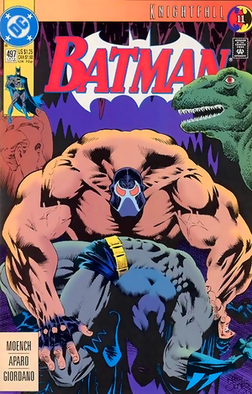 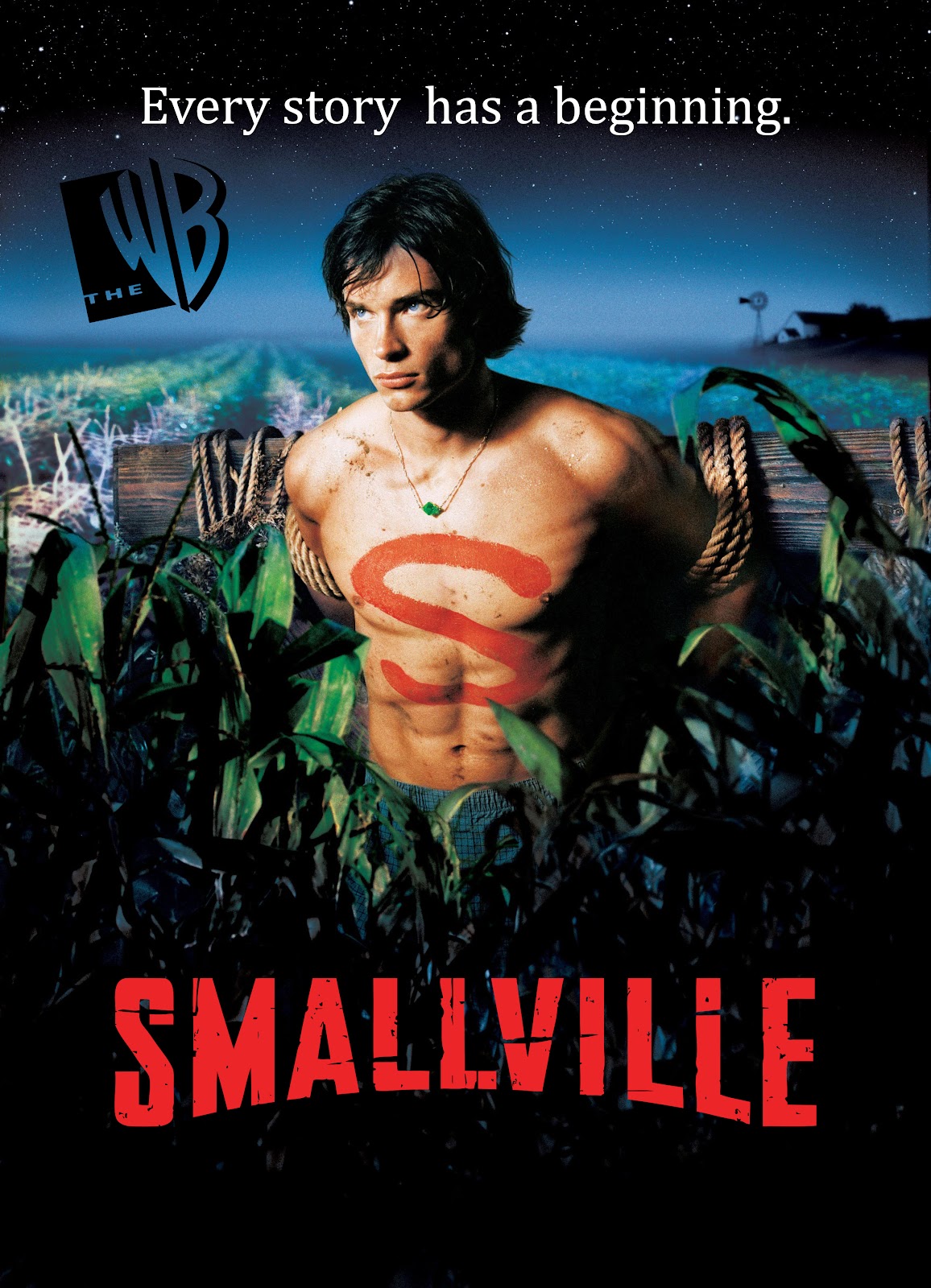 As superhero cinema and TV really took off after 2000, my love for DC remained undimmed. Smallville was appointment television for me as I watched every moment of Clark Kent growing up into Superman with geektastic glee. Though the movie wasn’t the greatest, the trailer for Superman Returns trailer (with the Marlon Brando voiceover and John Williams score) made me cry. Seriously, look at it again now. It still gives me chills.

My love of DC followed me to college and  graduate school, as I ended up writing my dissertation on Superman, Smallville, and the superhero genre, tracing it all the way to the years before the first Superman comic in 1938. I won’t go into the nitty gritty here, but I wrote about the genre’s “spectre of monstrosity,” namely stories that pop up in which the superhero or a doppelganger ends up threatening the very populace he or she is meant to protect. I went on to teach classes on superheroes, with a special focus on DC characters, of course. 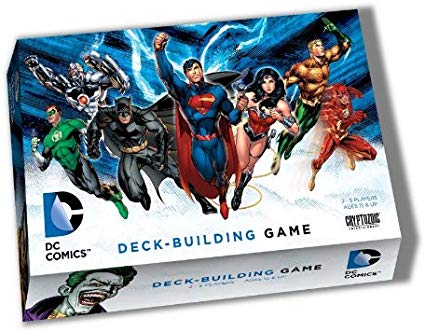 My first visit to the Cryptozoic offices was eye-opening: a giant Joker statue, a Hawkman painting, a Smallville poster, and a box for something called DC Deck-Building Game. It was pretty obvious that this was the place for me. And lucky for me, they agreed.

Over the past five and a half years, I have edited rulebooks and cards for the DC Deck-Building Game series and other DC games; written and edited flavor text for trading card sets based on The Flash, Legends of Tomorrow, and Arrow; written box copy for DC figures; and written press releases, product pages, and solicitations for tons of products based on DC. I have even gotten to meet and work with some of my heroes. 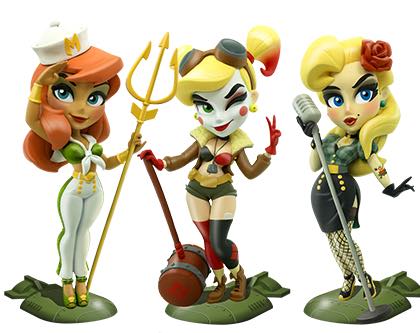 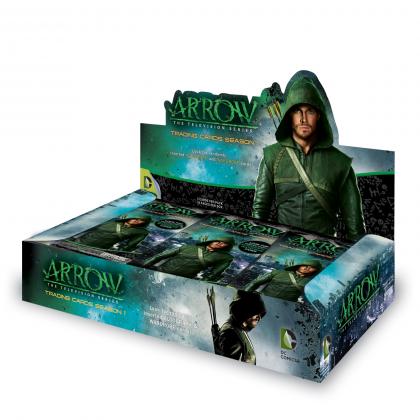 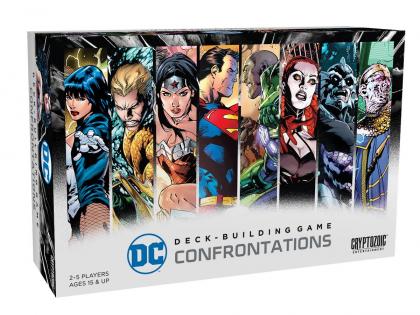 I could regale you with all sorts of details about the different products I’ve been fortunate enough to work on, but I’d like to focus on my favorites, in order:

1. (TIE) Batman: The Animated Series Almost Got ’Im Card Game / Classic Harley Quinn: As I’ve mentioned, Batman: The Animated Series was a big deal to me growing up. So working as the editor on a game based on one of my favorite episodes, “Almost Got ’Im,” was a dream come true! The classic episode (written by Paul Dini) is about a group of villains who are playing poker and talking about instances in which they almost defeated Batman, but failed at the last moment; what they don’t realize is that one of them is actually the Caped Crusader in disguise. The game is a social deduction game with hidden identities and poker hands, so it fits the theme of the episode perfectly. The year after that game was released, I got to write all the product descriptions and the press release for our Classic Harley Quinn figure, which was based on the character’s original appearance in the animated series. It forced me to rewatch some old episodes (for work!). If all this wasn’t awesome enough, at San Diego Comic-Con 2018 I was able to arrange a signing session with Harley Quinn co-creator Paul Dini to coincide with the release of the figure. It was a roaring success as we had a line of fans all the way around our booth. Spending time with Mr. Dini was amazing. I was able to geek out and tell him how much his work has meant to me without making a total fool of myself (I hope). 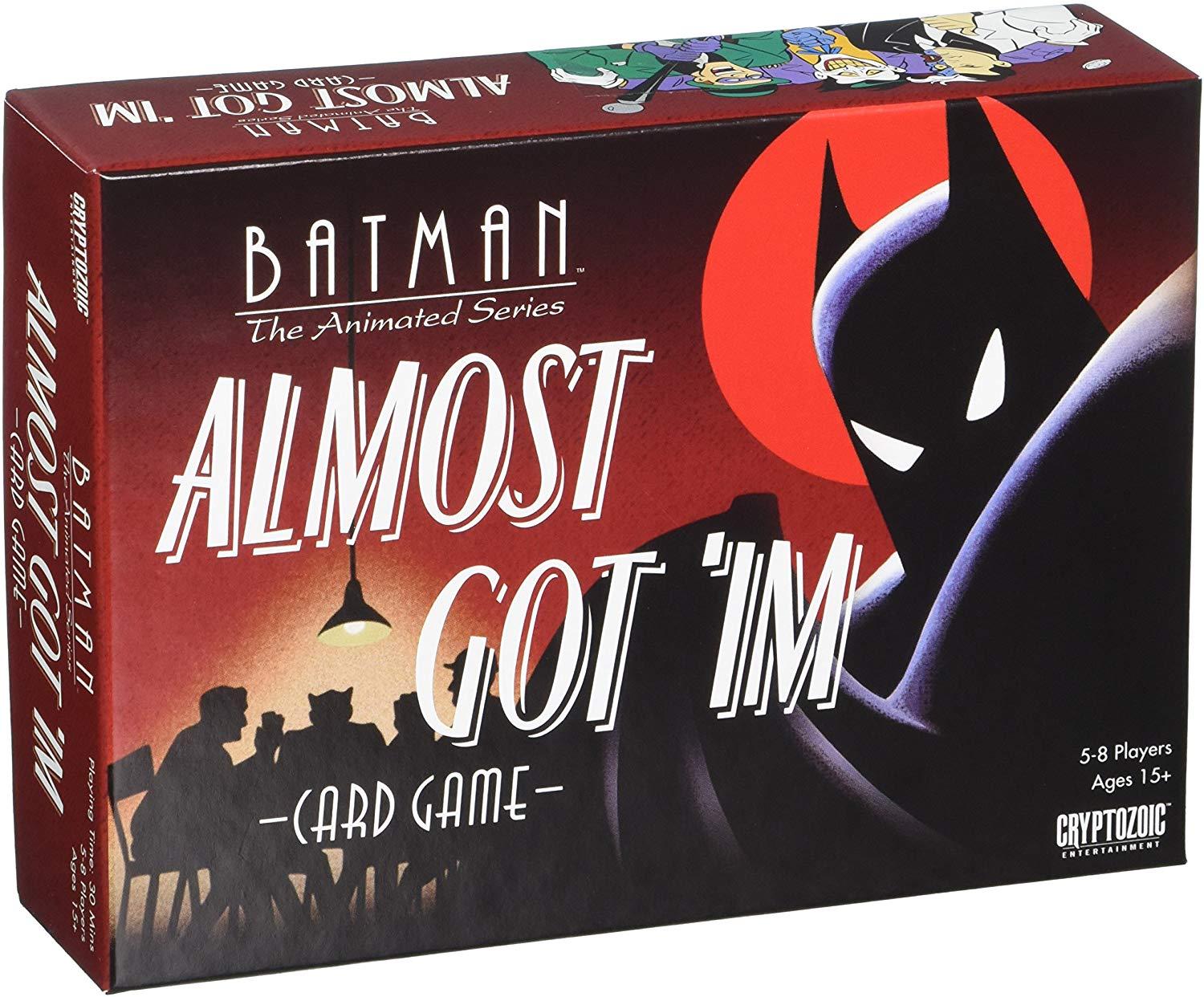 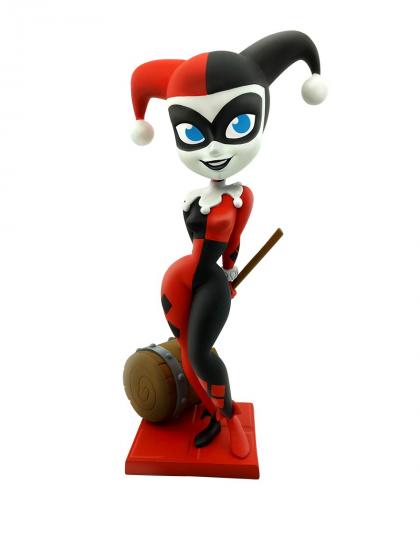 2. DC Bombshells: Series 1: When I began at Cryptozoic, we did only games and trading cards. So I was around when the collectibles department got started. The team tried a lot of different products at first, such as DC Bombshells Bottle Opener Keychains and Pennants, and created some fun prototypes for products that never got made (e.g., a Green Lantern Power Battery Electronic Vinyl Bank). But our DC Bombshells figures were the first time it felt like we had something really special. We drew inspiration from the DC Bombshells collectibles and comics, but our talented team made our vinyl figures more stylized and adorable, with big eyes and a distinctive look all their own. I played a small role: I wrote the product copy and helped promote it via press releases and other announcements. Nevertheless, it was incredible to be a part of our first collectibles product that really resonated with people. We didn’t know how popular they’d be until we offered our first Golden Goddess variants at San Diego Comic-Con 2017. Presales went fast and the line at the booth was insane. That’s probably the moment when it felt like we had arrived as a company that does collectibles. We now had people who followed us as a company because of our collectibles! 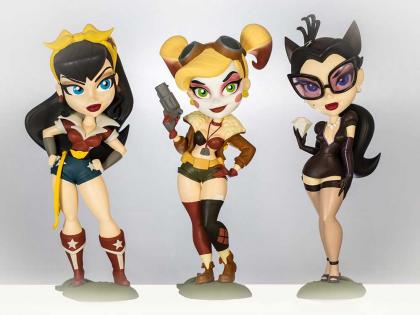 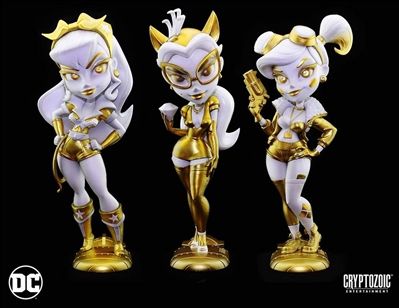 3. The Flash Trading Cards Season 2: After Smallville ended in 2011, I was excited to hear that there was going to be a show based on the Green Arrow. I became an immediate fan of Arrow and got even more pumped to learn there was going to be a second show in the same universe about the superhero the Flash. At Cryptozoic, I got to do some editing and marketing work on the first few Arrow trading card releases we did and the first The Flash set. But for the second The Flash release, my colleague George Nadeau asked if I had time to write the copy for all the Base and Chase Cards. My answer was easy: Yes! George provided the card images and it was my job to write text that summarized what was happening in whichever scene was pictured on that card in a limited number of words. It probably sounds like fun to have to rewatch episodes of a show you love for work . . .and it was! But it was also really difficult to describe certain scenes in just a few words, while making it sound really compelling. When the product came out, I was pretty proud! 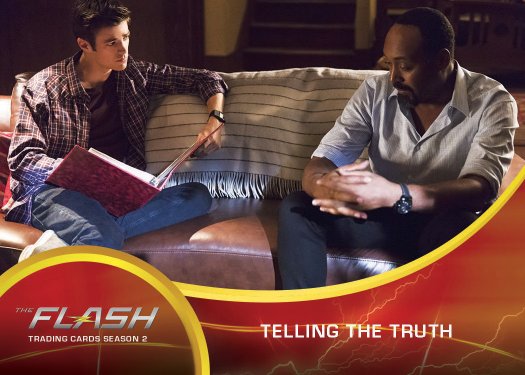 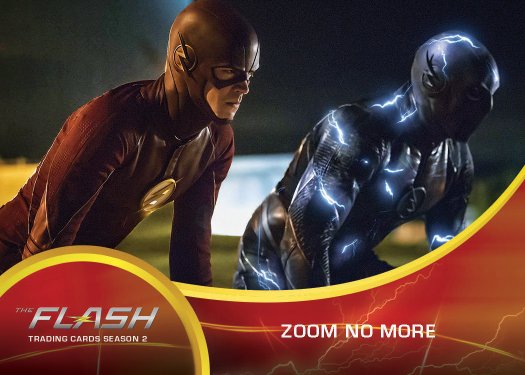 Over the past five and a half years, it has been an honor and a pleasure to work with so many fellow geeks at Cryptozoic to create amazing products that are faithful to DC properties and we would be interested in purchasing ourselves. I remain just as passionate about DC characters as I was as a little kid soaring across the playground as Superman or sitting in a theater with his mouth open watching Batman fight the Joker. I work on properties with these characters now, but I was a fan first. And I’ll continue being a fan.