“New York Comic Con brings together pop culture fans from all around the world, making it an incredible opportunity for us to show the collectibles, trading cards, and games our team has been working so hard to make,” said Jamie Kiskis, VP of Marketing & Product Development at Cryptozoic. “We’ll be selling several incredible exclusive vinyl figures, including the latest in our beloved Golden Goddess series, as well as an amazing polyresin statue that reimagines Wonder Woman as a work of art and exclusive trading card packs for fans of Outlander, Steven Universe, and Rick and Morty. We’ll have all of our recently released products, some Promo Cards, and lots of great surprises for anyone who stops by our booth.”

Cryptozoic’s exclusive figures were first made available via online presales before New York Comic Con. Those who purchased the figures that way will be able to pick them up at the booth. Everyone else at the show can purchase these collectibles while supplies last. The limited figures are:

Golden Goddess Wonder Woman Movie Collectible: Part of Cryptozoic’s extremely popular Golden Goddess variant series, this version of the vinyl figure based on the Super Hero’s portrayal in 2017’s Wonder Woman features stunning gold-and-white designs inspired by classical Greek sculpture. The 8-inch collectible includes the character’s iconic armor, sword, and lasso. It comes packaged inside a display-worthy window box, each of which is individually numbered from 1 to 350. The figure will sell for $40. 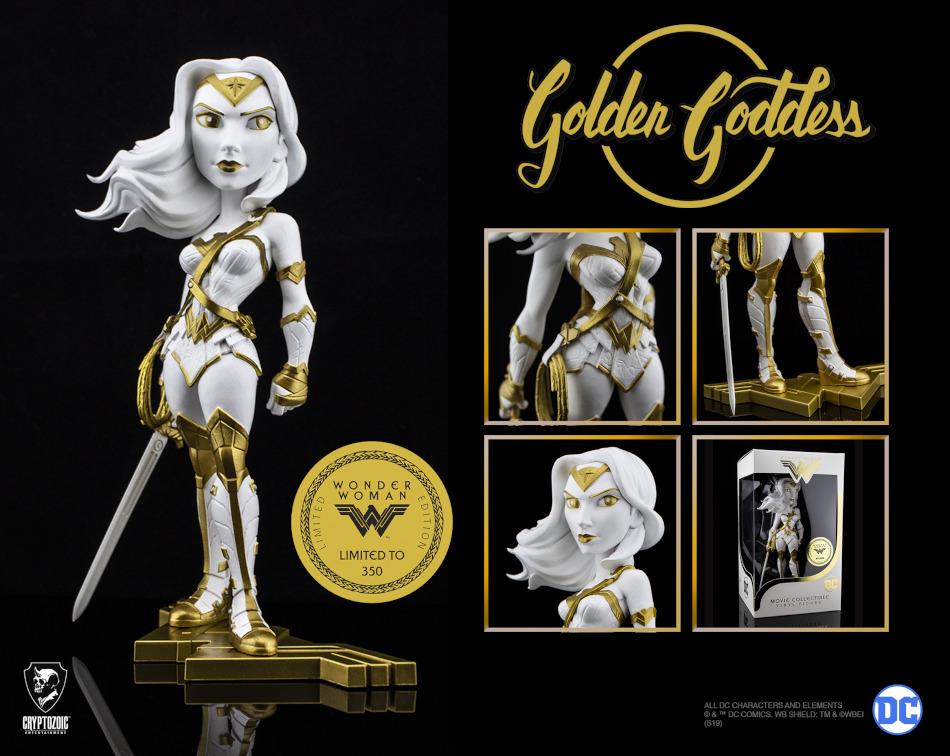 Powerful in Pink Mera (DC Bombshells: Series 3): This variant of the regular DC Bombshells: Series 3 figure is a Convention Exclusive premiering at New York Comic Con. Part of Cryptozoic’s Powerful in Pink variant series, it boldly features the color pink on Mera’s costume. The limited 7-inch collectible comes packaged in Cryptozoic’s signature window box, each of which is individually numbered from 1 to 750. It will be available for $40. 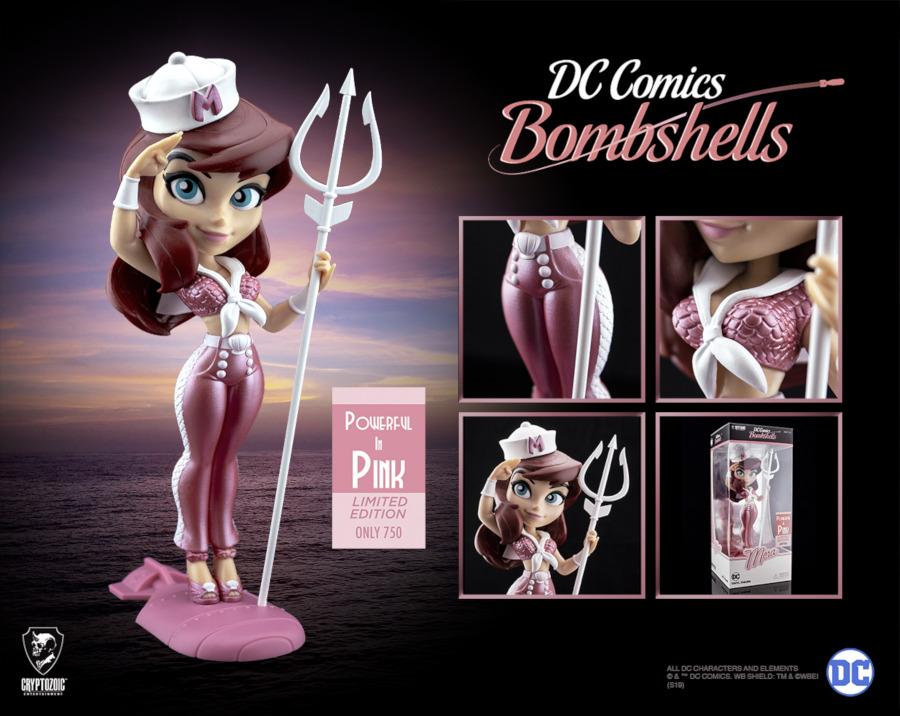 Famine (Cryptkins™: Series 2): This is a variant of the Unicorn Cryptkins vinyl figure, part of Cryptozoic’s original IP depicting creatures from folklore and tabloid headlines. It is the third in the Four Cryptkins of the Apocalypse variant series, featuring characters that seem, at first glance, to be harbingers of doom. The figure sports pink paint, a white mane, and visible bones to underline the character’s associations with hunger and general lack of nourishment. The 2.25-inch collectible comes packaged in a miniature crate with a sticker marking it as “Exclusive Species” and includes a Bio Card. Only 300 figures exist, with each selling for $15. 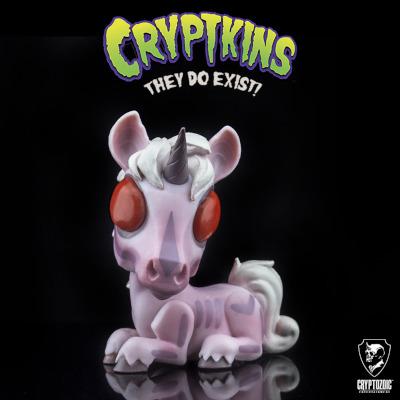 Bizarro (DC Lil Bombshells: Series 3): This is a variant of the Superman vinyl figure from Cryptozoic’s retro-style DC Lil Bombshells line. Since the character is the opposite of Superman in almost every way, this figure features yellow eyes, gray skin, and metallic purple on his costume, including the S, boots, sash, and wristband. The figure also includes a backwards S logo on the base. Each figure is individually hand-numbered from 1 to 300 on the bottom. The 2.75-inch collectible comes packaged in Cryptozoic’s signature, collectible tin with a foil sticker marking it as exclusive. Each figure will sell for $25. 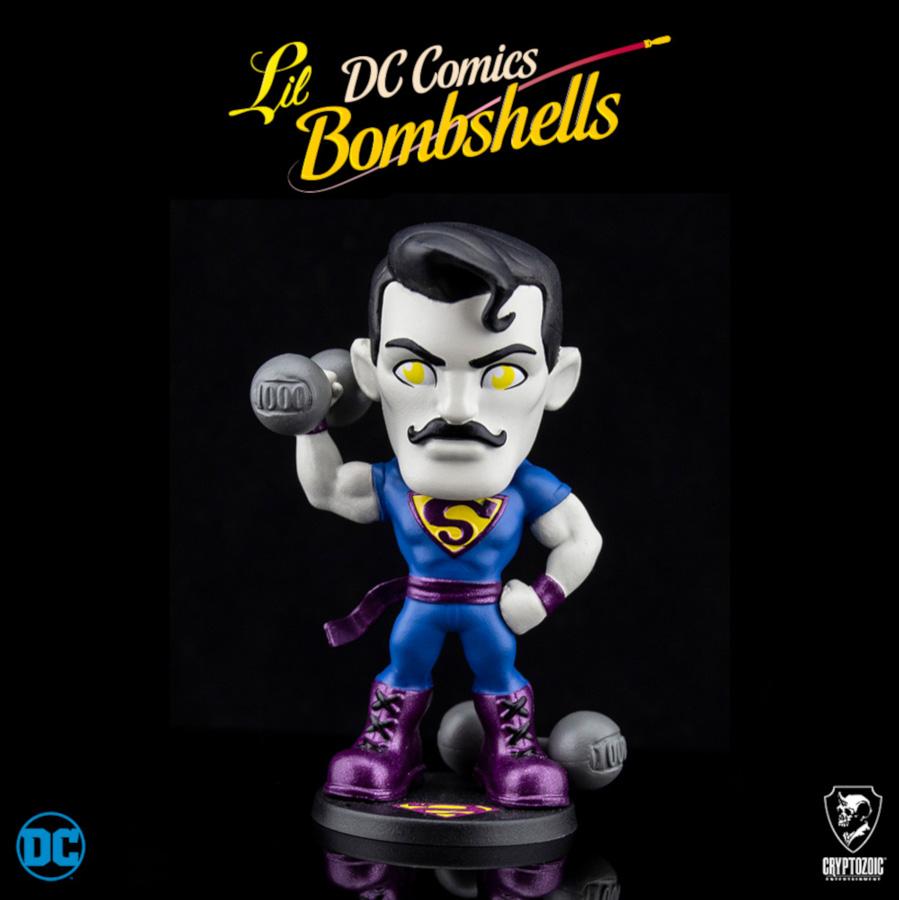 Metallic Gold Harley Quinn (DC Teekeez™): This is a variant of the vinyl figure from Cryptozoic’s DC Teekeez line, which is inspired by tiki culture and features iconic DC characters. Harley sports metallic gold paint and black-and-gold diamonds as an homage to the memorable dress worn by the character in the 2016 movie Suicide Squad. The 2.625-inch collectible has a distinctive wood-carved aesthetic and comes packaged in a window box with a foil sticker marking it as exclusive. Like all DC Teekeez, it is stackable. Only 300 figures have been produced, with each selling for $15. 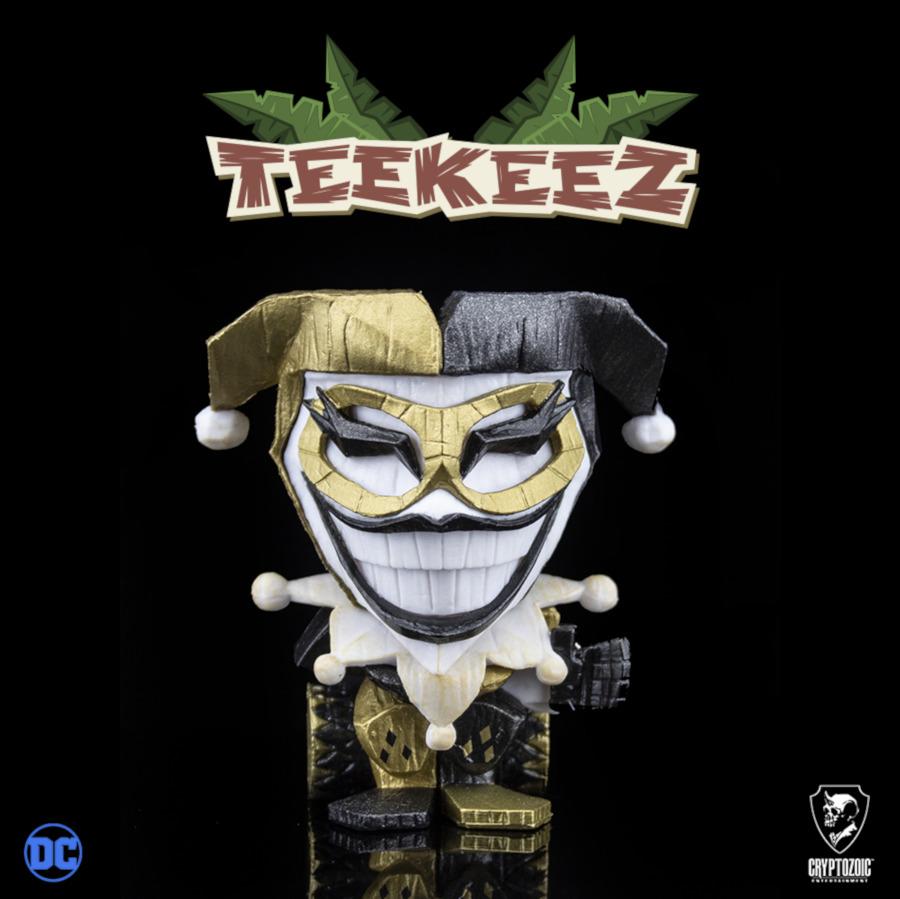 Moreover, Cryptozoic will debut its first CZX™ super premium collectible at the show:

Wonder Woman: Princess of Themyscira Statue: Part of Cryptozoic’s CZX line of super premium products, this meticulously crafted polyresin statue reimagines Wonder Woman as a classical Greek sculpture. It measures 14 inches tall and draws inspiration from the famous Venus de Milo and the character’s ties to Greek mythology. The marble-colored statue features gold-accented versions of the DC Super Hero's iconic bracelets, lasso, and armor, as well as a removable spear. The rim of the shield is inscribed with Wonder Woman's classic epithet in Greek lettering: “Beautiful as Aphrodite, wise as Athena, swifter than Hermes, and stronger than Hercules.” Each individually numbered statue will sell for $150. 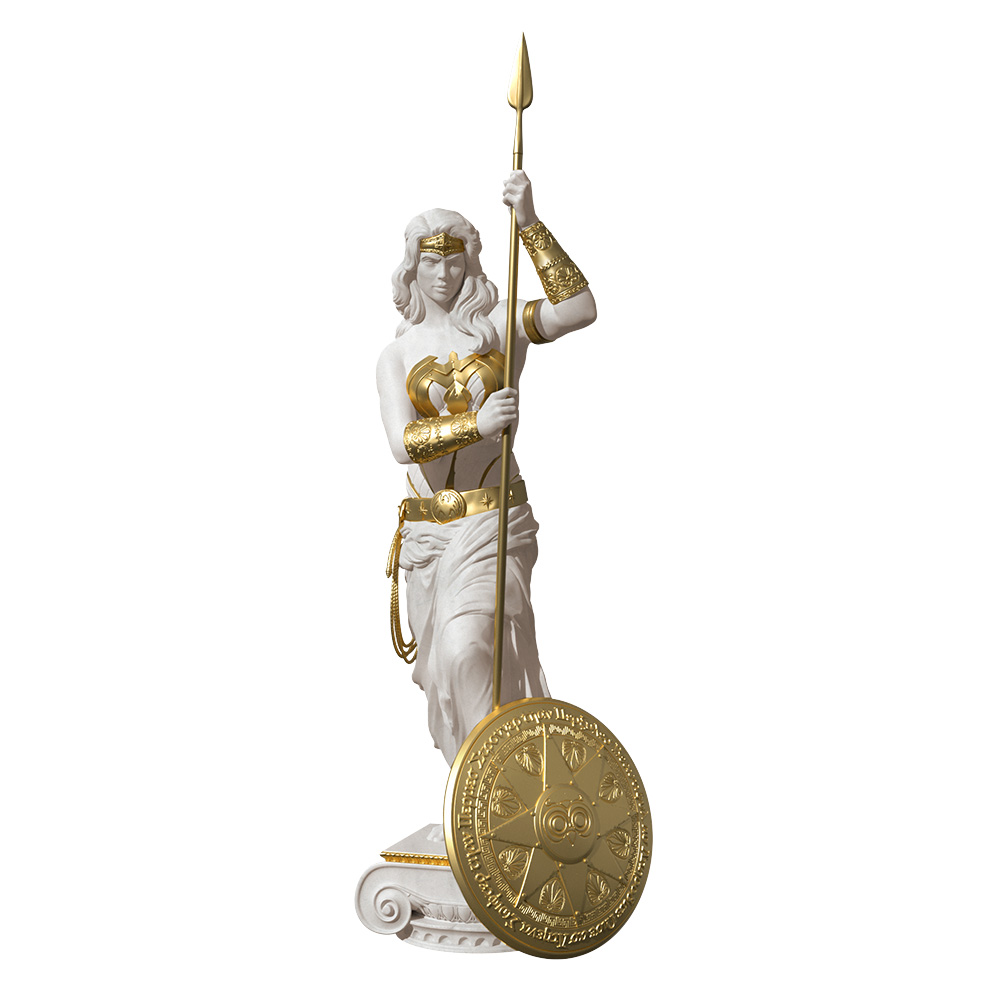 For trading card collectors, Cryptozoic will have several exclusive packs based on fan-favorite TV shows:

CZX Outlander: Convention Pack: This limited edition five-card pack includes one NYCC-exclusive card—a Dominique Pinon Autograph-Wardrobe Card (numbered out of 99) or a David Berry Autograph Card with a “Convention Variant” stamp (numbered out of 200)—as well as the exclusive Promo Card P9, two Promo Cards previously distributed elsewhere (P5, P7), and one Base Card from the main product release. Part of Cryptozoic’s CZX line of super premium products, the thick, glossy cards feature gold Deco Foil. Each pack will be available for $40. 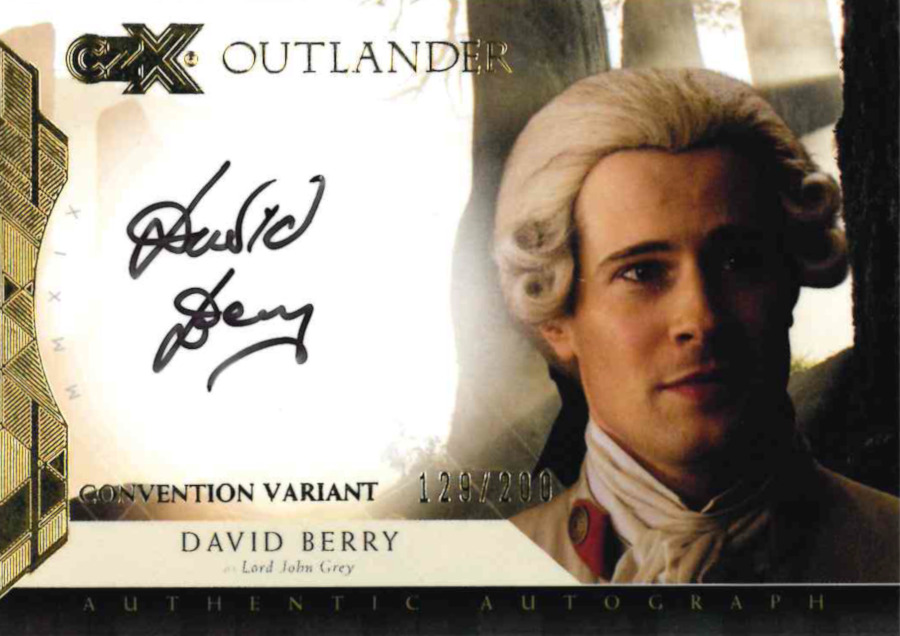 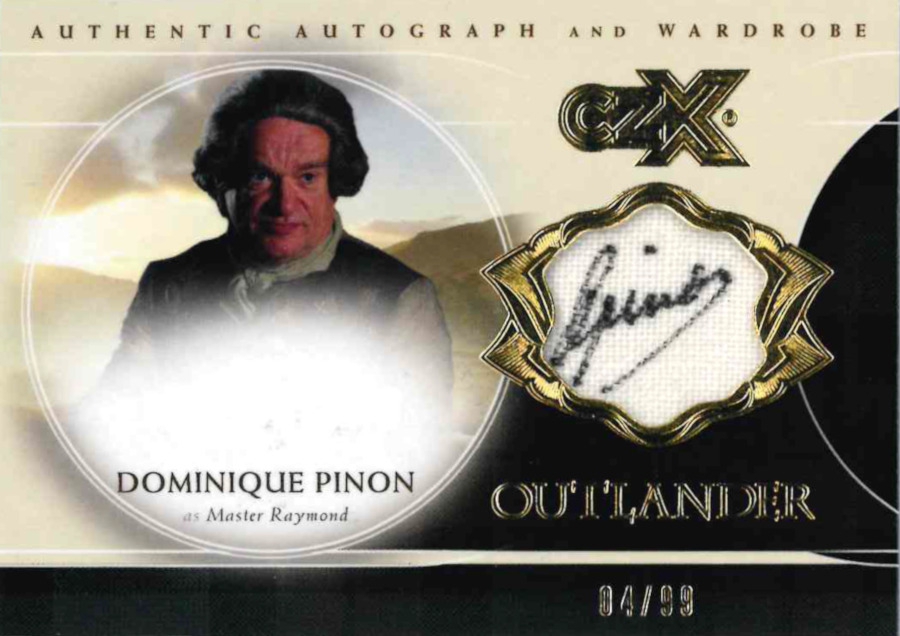 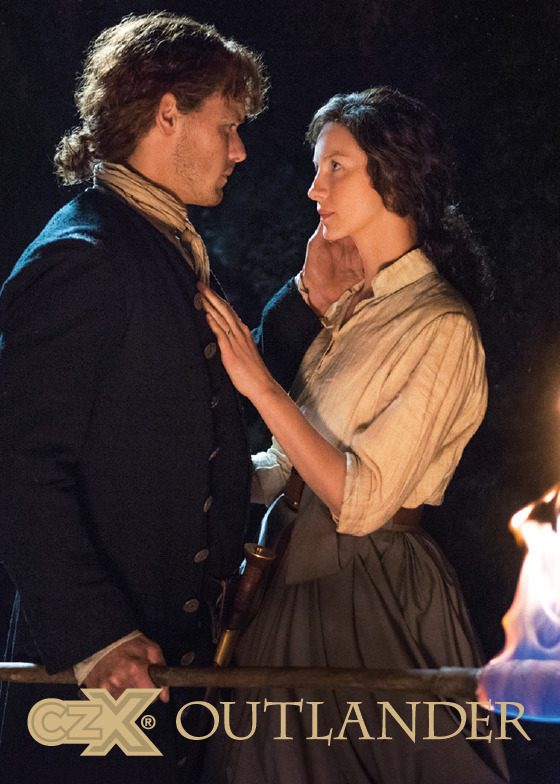 Steven Universe Trading Cards: Convention Pack: This five-card pack includes an exclusive Promo Card (CE1) featuring artwork from Maly Flores, a one-of-a-kind Sketch Card, and three random Base/Chase Cards from the main product release. Each pack will sell for $20. In addition, Cryptozoic will sell packs and boxes of regular Steven Universe Trading Cards for $4 and $90 each, respectively. If a fan buys three regular packs or one box, they will receive Promo Card CE1 for free. 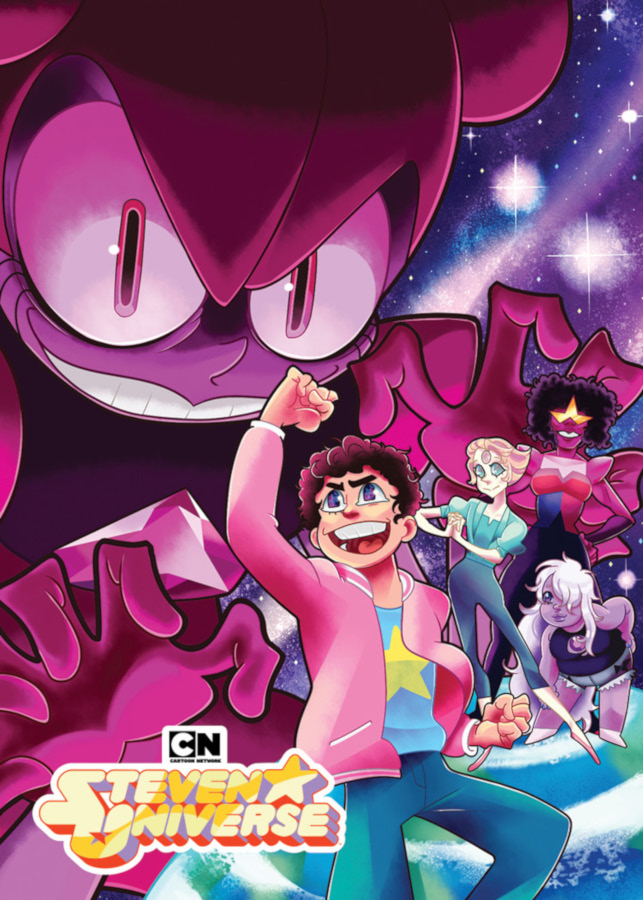 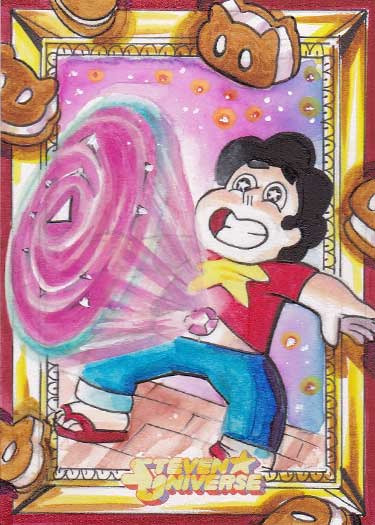 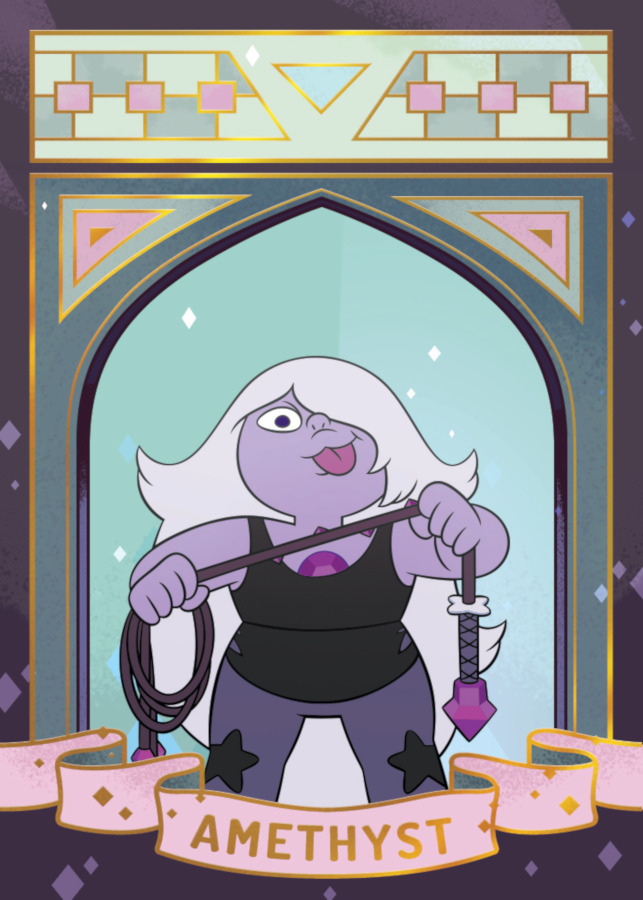 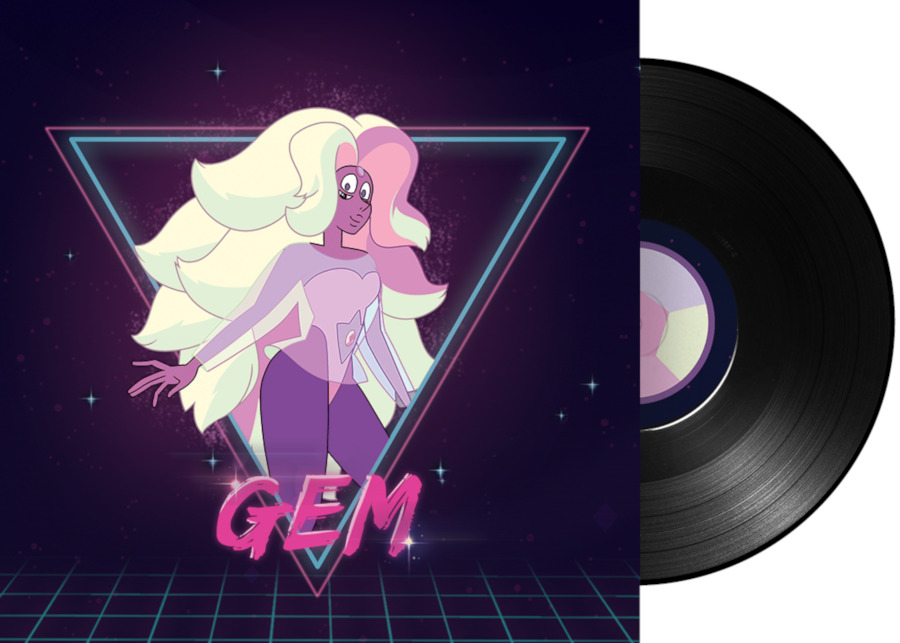 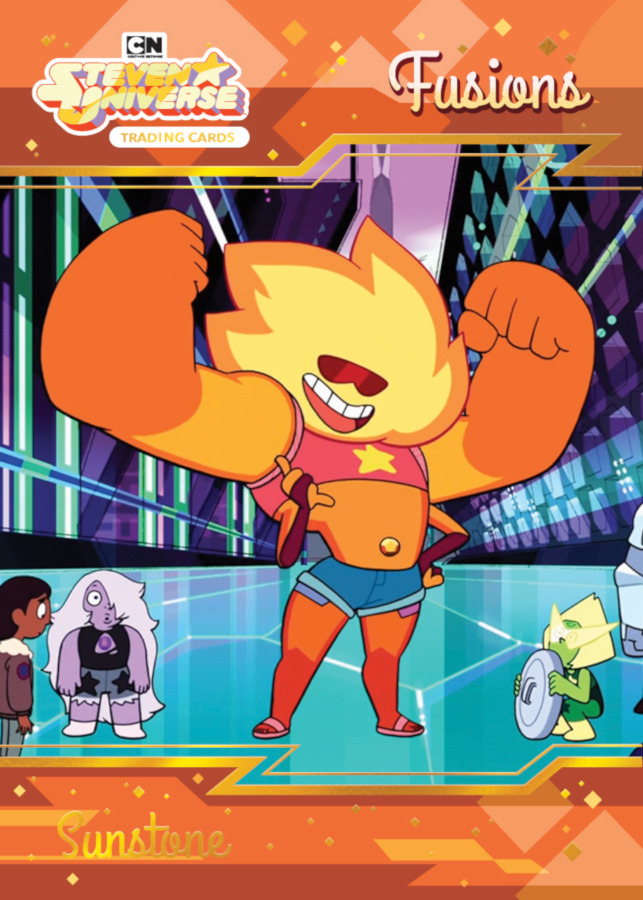 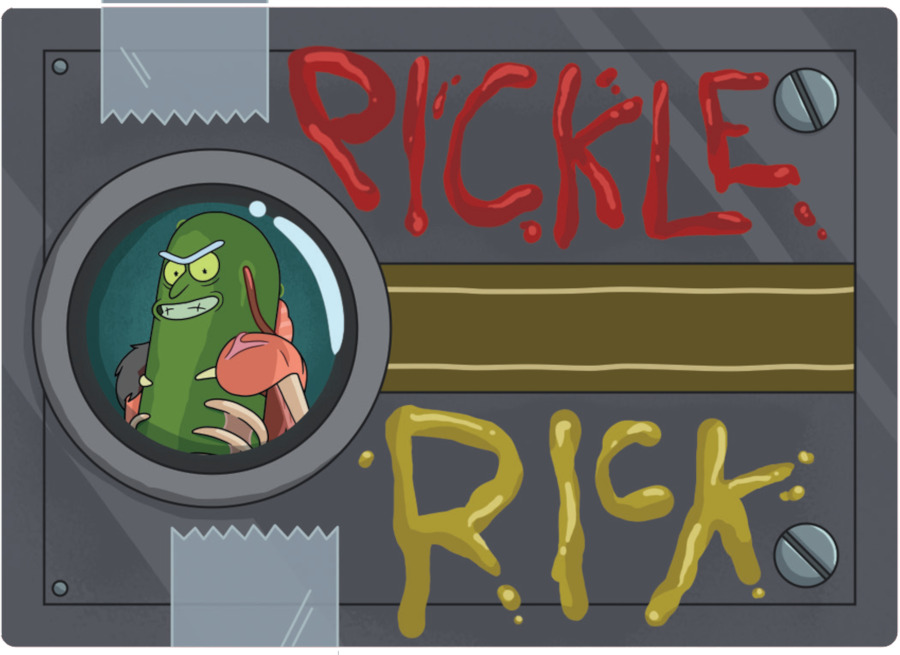 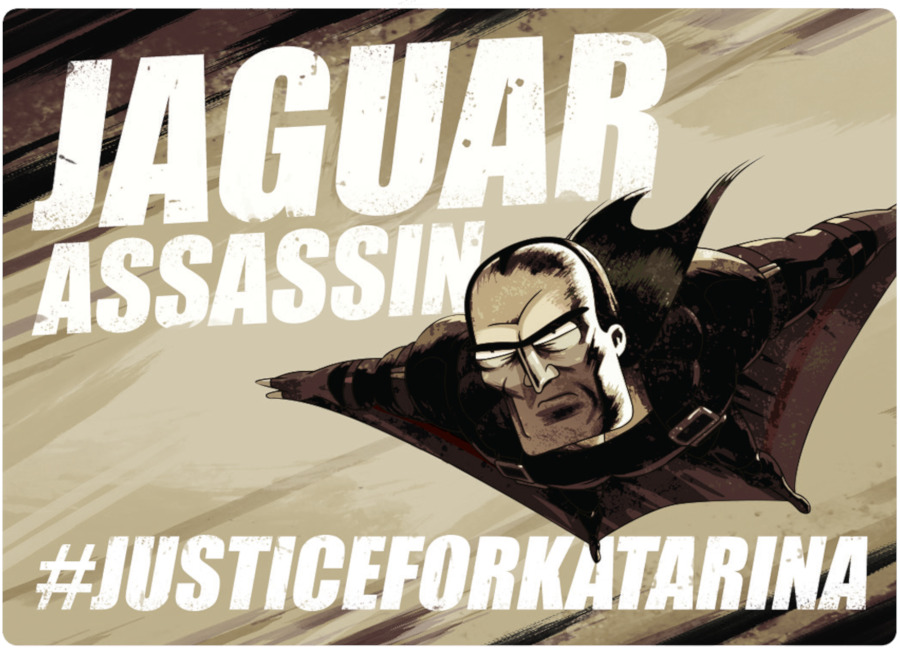 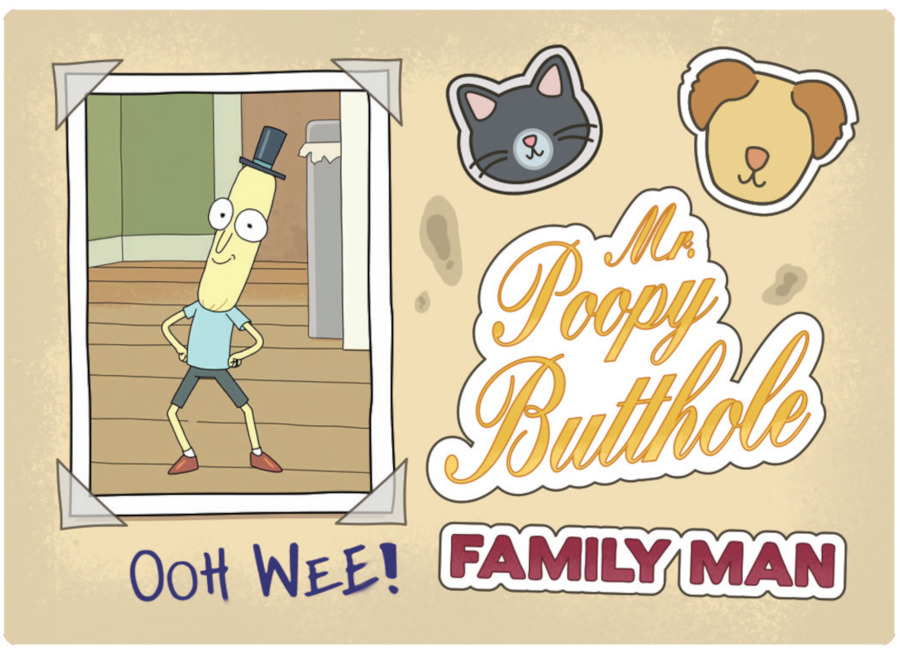 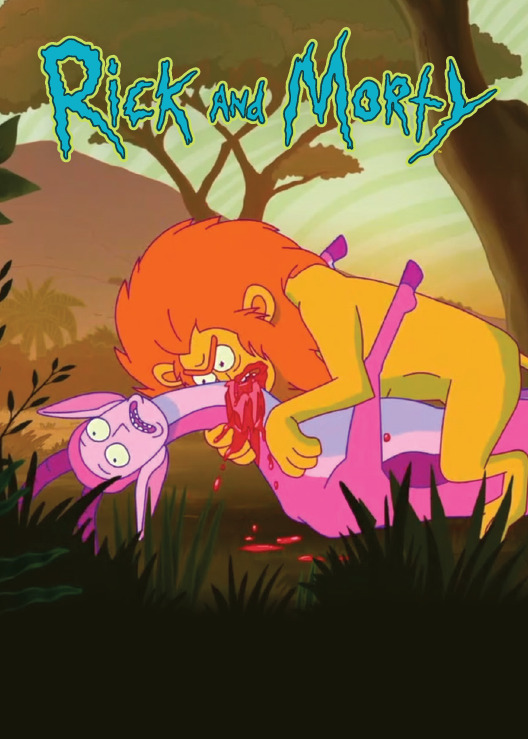