Lake Forest, CA — June 4, 2020 — Cryptozoic Entertainment, leading creator of tabletop games, trading cards, and collectibles, today announced Cryptozoic Con ’20 II, a virtual event that will take place June 11-12. During various live streams, the company will preview upcoming products in all categories, conduct giveaways, offer behind-the-scenes looks at the creation of trading cards, and provide announcements and updates about upcoming products. In addition, several exclusive products and “Found Inventory” collectibles will be sold on the Cryptozoic Store during the event.

“Our first Cryptozoic Con virtual event was a huge hit with fans and we had a great time, so we’re doing it again!” said Jamie Kiskis, VP of Marketing & Product Development at Cryptozoic. “Though the pandemic means we cannot do in-person events right now, our team is thrilled to meet everyone online and share big news about our upcoming Steven Universe game and some of our major game and collectible properties. If you love pop culture and our products, we’ll have some fantastic Outlander, Cryptkins, and DC Lil Bombshells exclusives for your collections, and some incredible surprises too. We hope Cryptozoic Con ’20 II gets fans excited about all of our new products and ready to head to hobby shops as they open up again in the weeks to come.”

Cryptozoic’s exclusives that will be available online during the virtual event are:

Harley Quinn and The Joker Noir Edition (DC Lil Bombshells: Series 3): These variants of the vinyl figures from Cryptozoic’s retro-style DC Lil Bombshells line feature a stylish gray color scheme, inspired by the timeless look of film noir. Each figure is individually hand-numbered from 1 to 300 on the bottom. The 2.75-inch collectibles are the first-ever DC Lil Bombshells two-pack and come packaged in a window box featuring foil accents. They will be available for $40 starting June 11 at 12:25 pm PT on the Cryptozoic Store. 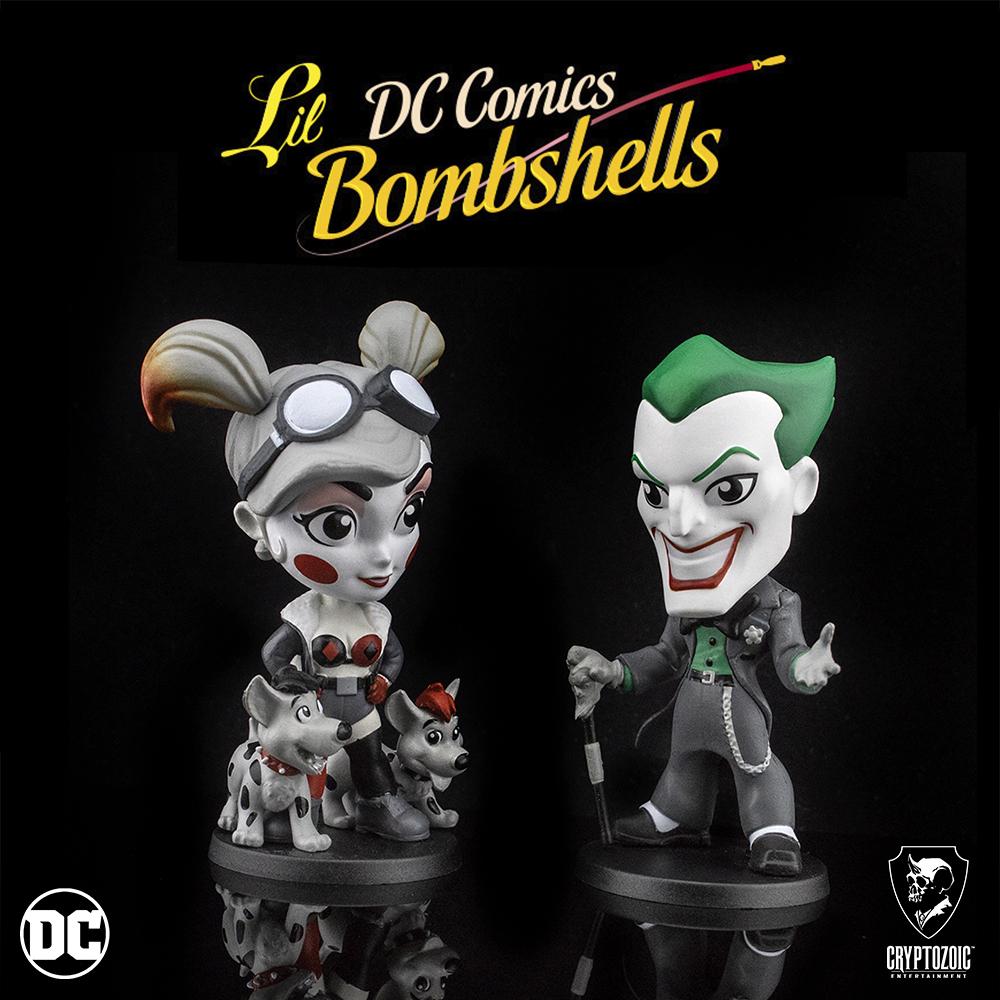 Cosmic Cat (Cryptkins™: Series 2): This is a variant of the Cactus Cat Cryptkins vinyl figure, part of Cryptozoic’s original IP featuring creatures from myth and folklore. It is the second of four figures in the 2020 Cosmic variant series, consisting of characters who hail from different constellations and possess otherworldly colors. The figure sports eye-catching translucent green paint and glitter on its body, as well as metallic gold nose, paw pads, and flower. The 2.25-inch collectible comes packaged in a miniature crate with a sticker marking it as “Exclusive Species” and includes a Bio Card. It will be available for $15 starting June 12 at 12:25 pm PT on the Cryptozoic Store. 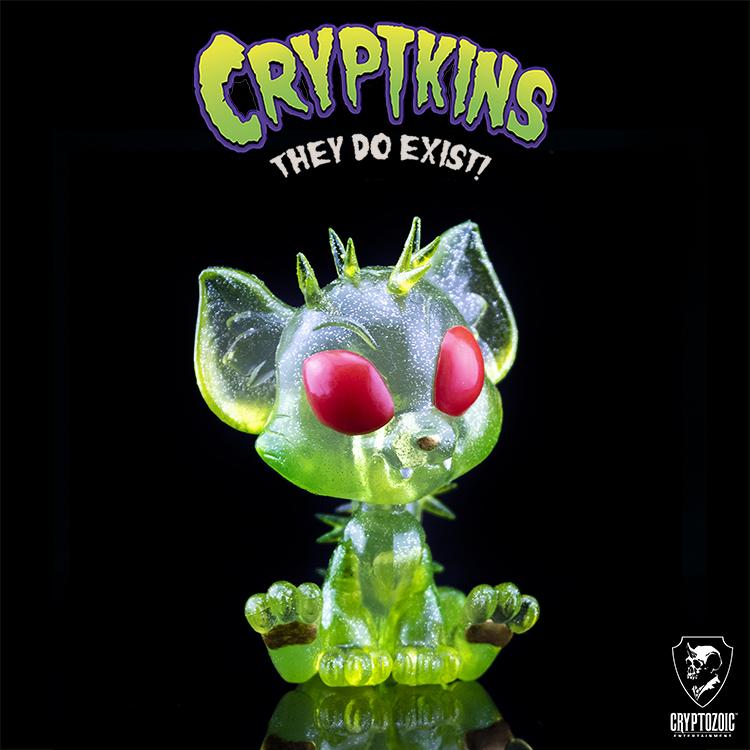 Outlander Trading Cards Season 4: Convention Wardrobe Cards CE4 & CE5 and Oversized Convention Wardrobe Card OS01: These limited edition Wardrobe Cards contain actual fabrics used in the production of costumes in Season 4 of Outlander. CE4 features pieces from costumes of Sophie Skelton and Maria Doyle Kennedy, CE5 includes two pieces from costumes of Sophie Skelton, and OS01 has an oversized piece from a costume of Caitriona Balfe inside of a double-sized swatch. All cards are individually numbered, with 200 each of CE4 and OS01 produced, and 99 of CE5. CE4 and CE4 will cost $30 apiece and be available June 11 at 12:55 PT on the Cryptozoic Store. OS01 will sell for $35 starting June 12 at 12:55 pm PT. 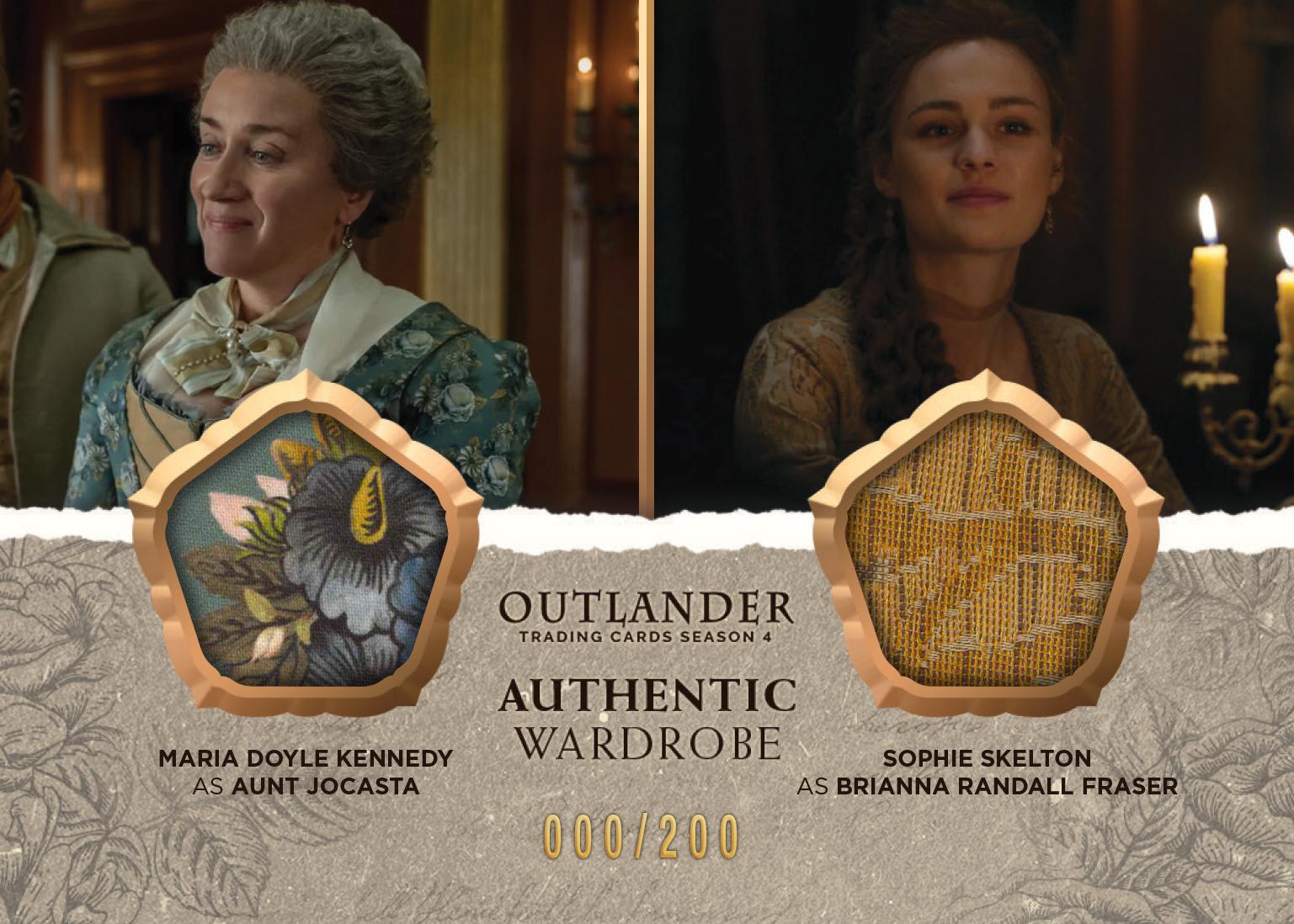 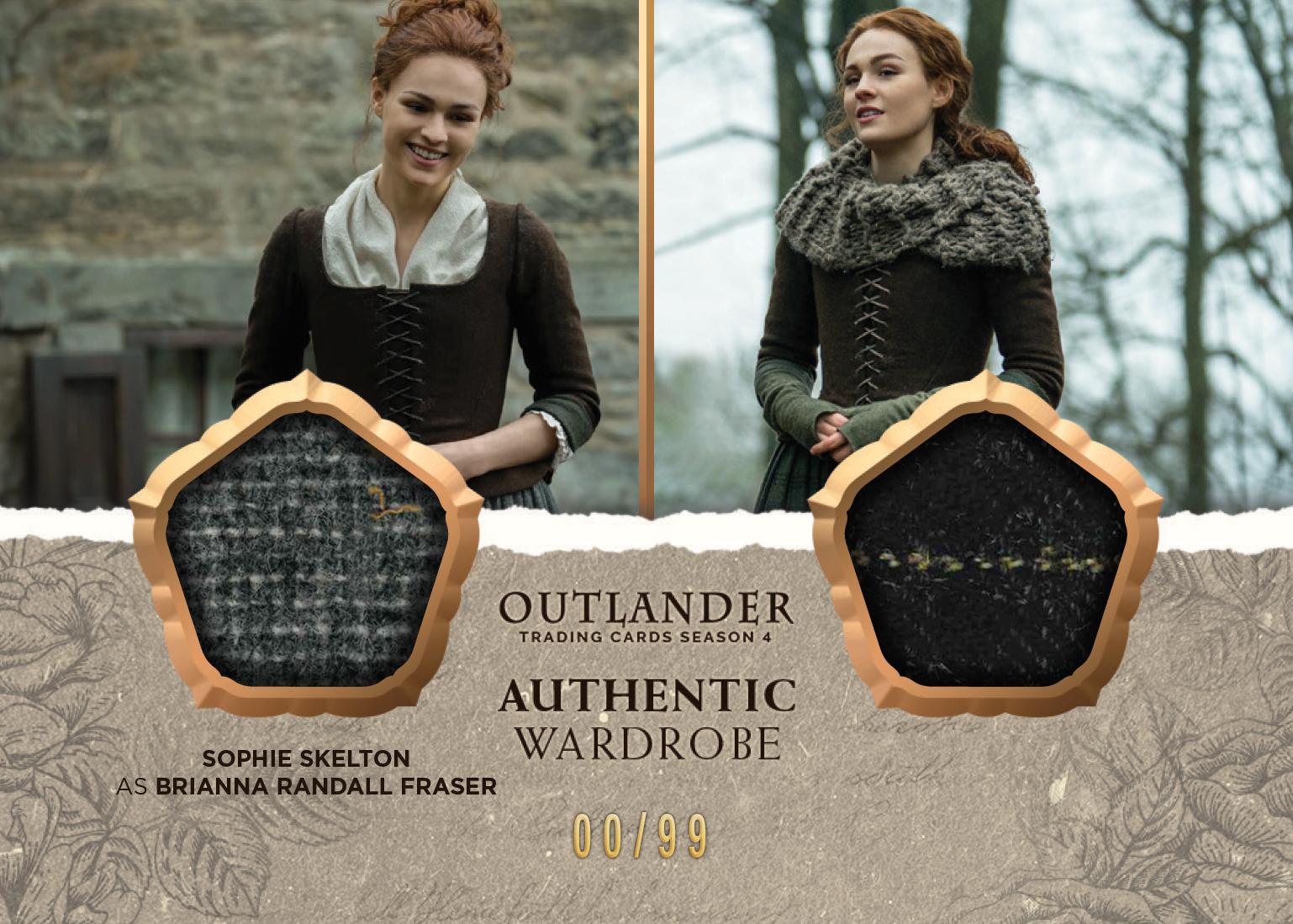 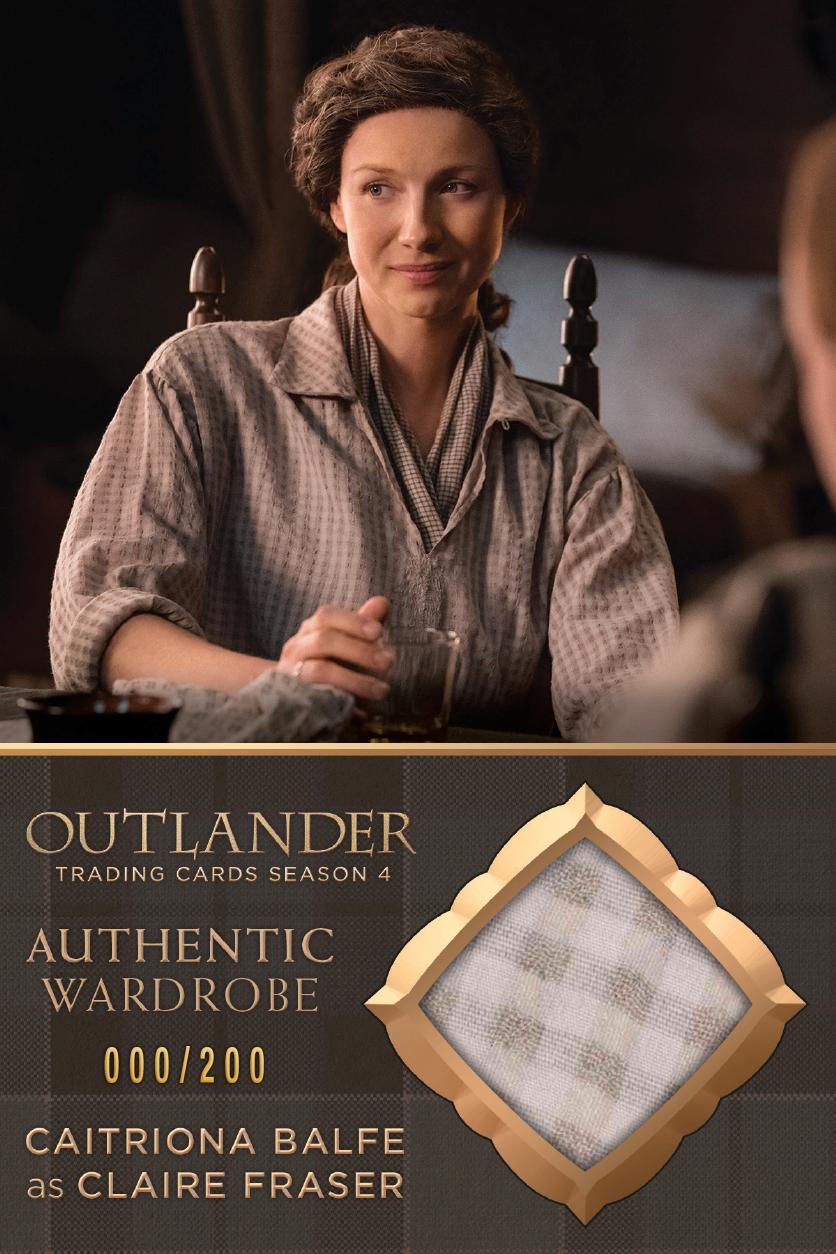 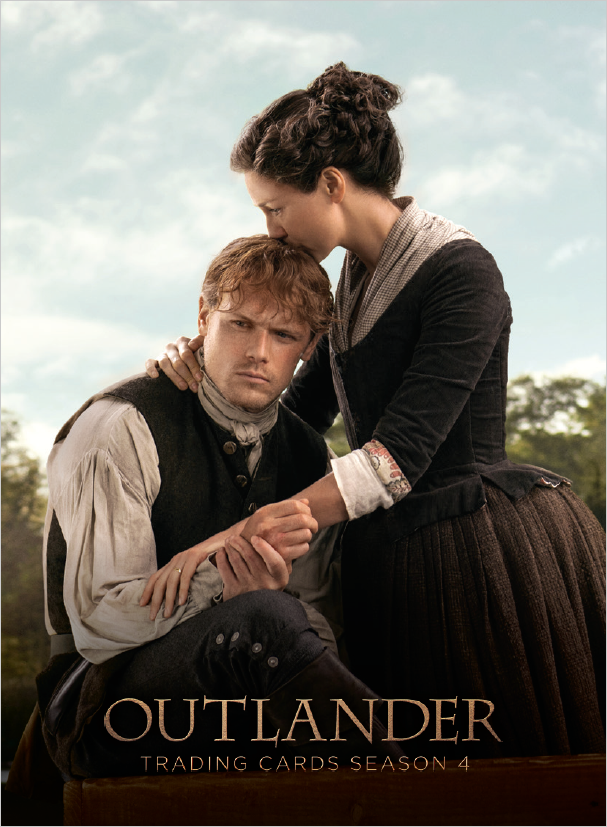 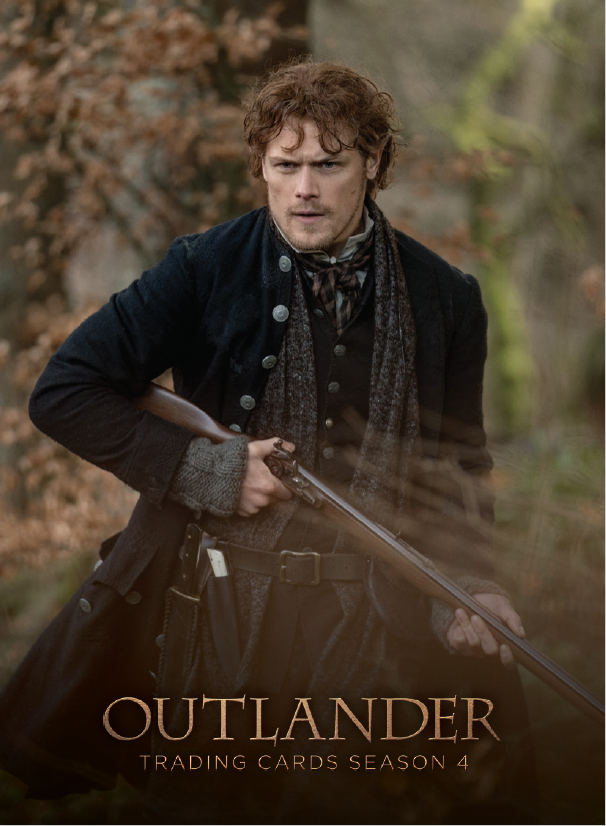 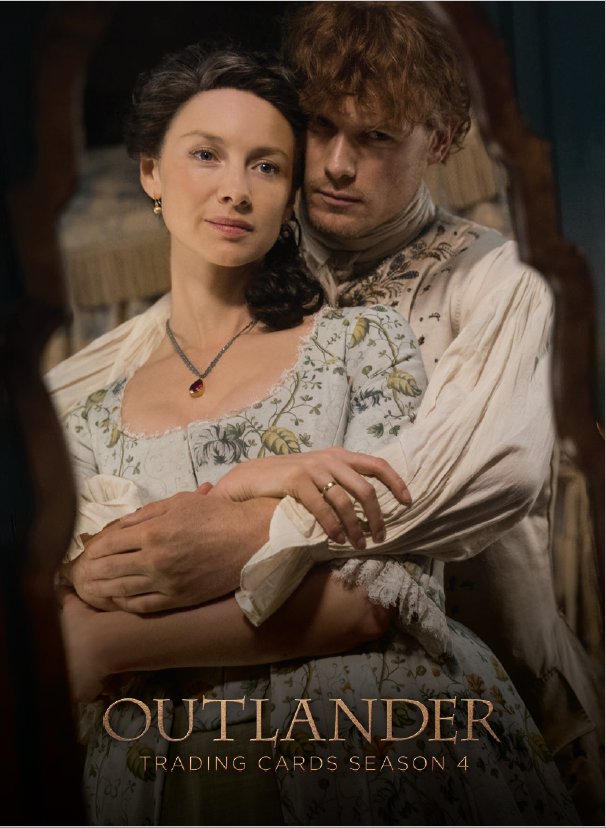 During live streams, Cryptozoic will make announcements and provide updates about the following products, coming later in 2020: 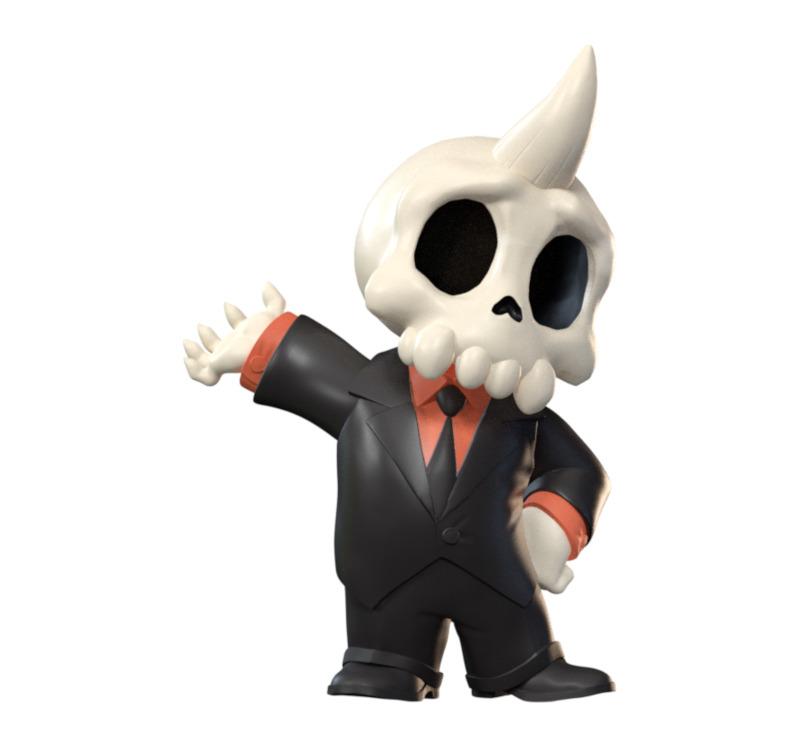 Cryptkins™ Unleashed: Cryptozoic’s original IP goes bigger than ever with 5-inch vinyl figures inspired by myth and folklore. The seven core creatures with all-new poses are Bigfoot, Nessie, Chupacabra, Cthulhu, Mothman, Unicorn, and Bob, the skeletal character from Cryptozoic’s logo who is coming to life to celebrate the company’s 10-year anniversary. In addition, collectors can chase rare Bone-Chilling Variants. Sculpted by Sam Greenwell, each figure comes packaged in a window box. 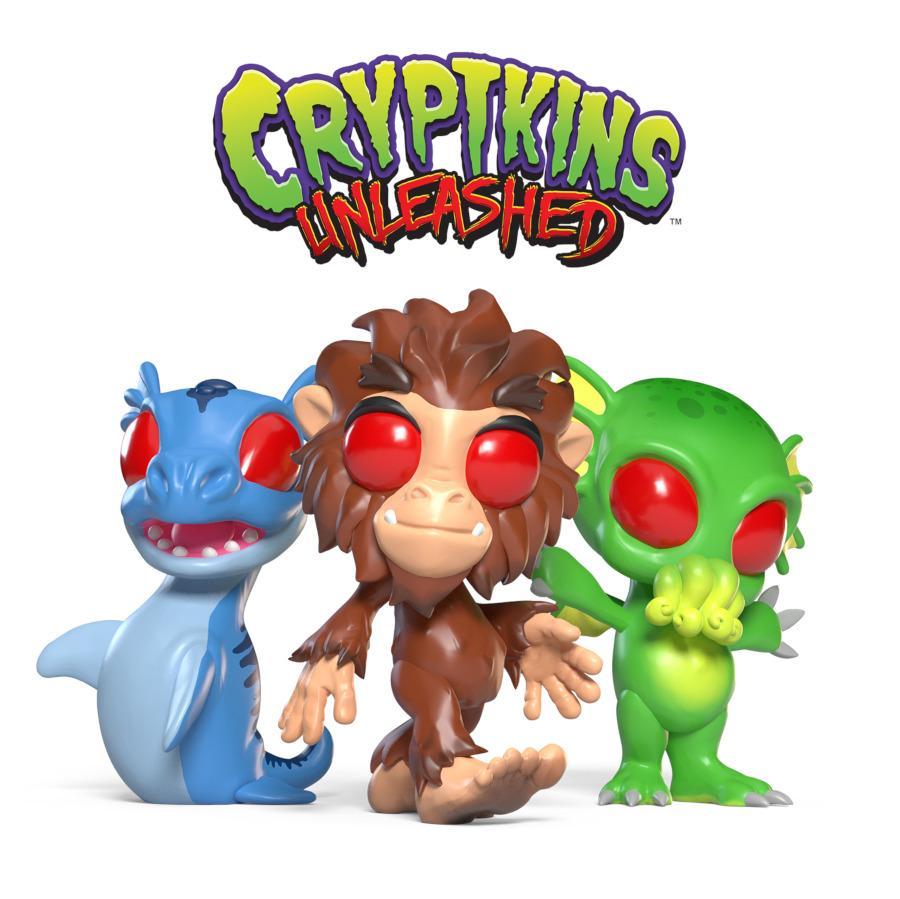 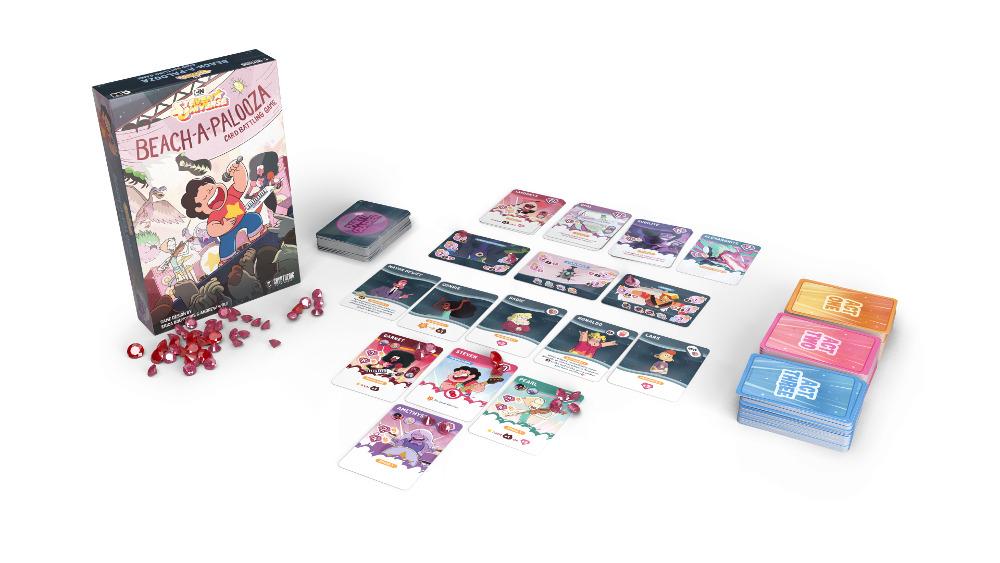 Epic Spell Wars™ of the Battle Wizards: Hijinx at Hell High: The fifth entry in the hugely popular series brings all the spellcrafting and trademark over-the-top humor and art to the world of high school. In the game, 2-6 players move up and down the Social Status Board, which ranges from the Ultimate Loser to Class President, and utilize the new keyword “Bully” as they try to annihilate their fellow Wizards. 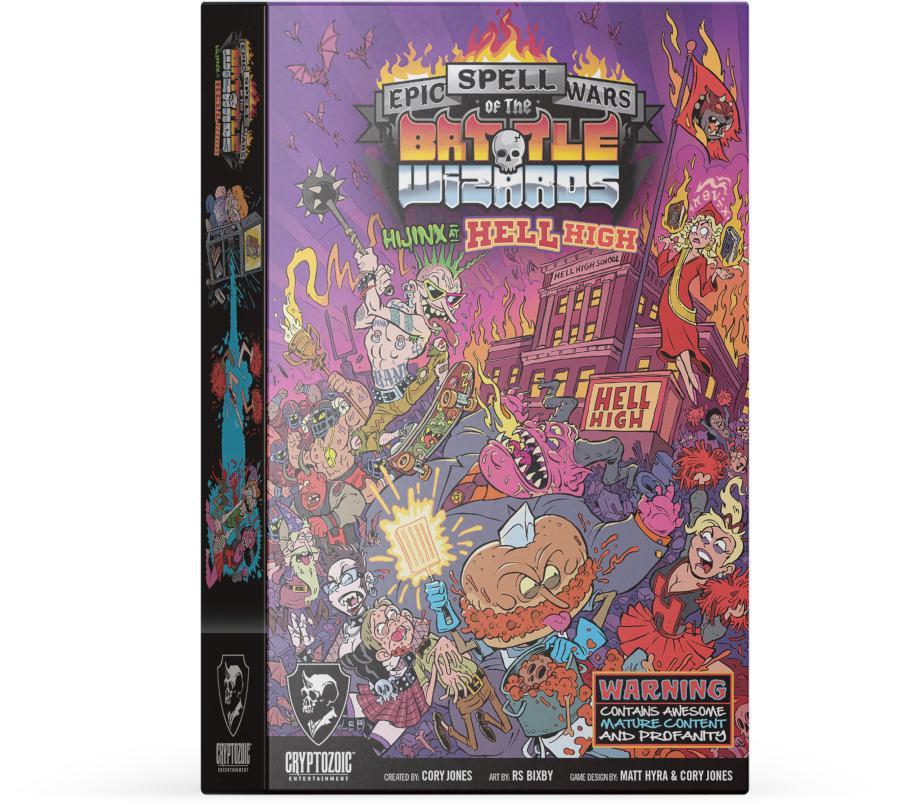 DC Deck-Building Game: Dark Nights: Metal: Based on the wildly popular Dark Nights: Metal comic book series, the latest entry in the DC Deck-Building Game series lets 2-5 players take on The Batman Who Laughs and other evil versions of the Caped Crusader from the Dark Multiverse. Players must rescue and Recruit fellow members of the Justice League, take advantage of instant rewards for defeating Super-Villains, and utilize foil cards with the new sub-type “Metal” as they race to save the Multiverse.

Spyfest™: A spinoff of the hit Spyfall series, this detective party game takes two teams to a super-spy convention where one player is a Spy disguised as a memorable historical or fictional character. The Spy’s goal is to describe their character using subtle references to a Keyword only known to their teammates, so that their team identifies the character before their rivals. Featuring over 70 original comical illustrations and characters like Abraham Lincoln, Albert Einstein, and Zorro, this 4-10 player game requires quick-wittedness and imagination to win. 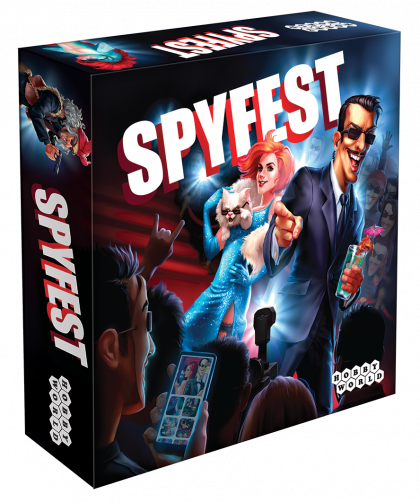 Outlander Trading Cards Season 4: The latest trading card set based on Starz's beloved time-travel drama features autographs from stars Sam Heughan, Caitriona Balfe, and Ed Speleers. Based on the fourth season of the show, which finds Claire and Jamie trying to make a new home in 18th century America, the release includes a 72-card Base Set, five Chase Sets (including Playing Cards), and randomly inserted Autograph Cards and Wardrobe Cards that contain pieces of fabric used to make the lavish costumes in the show. 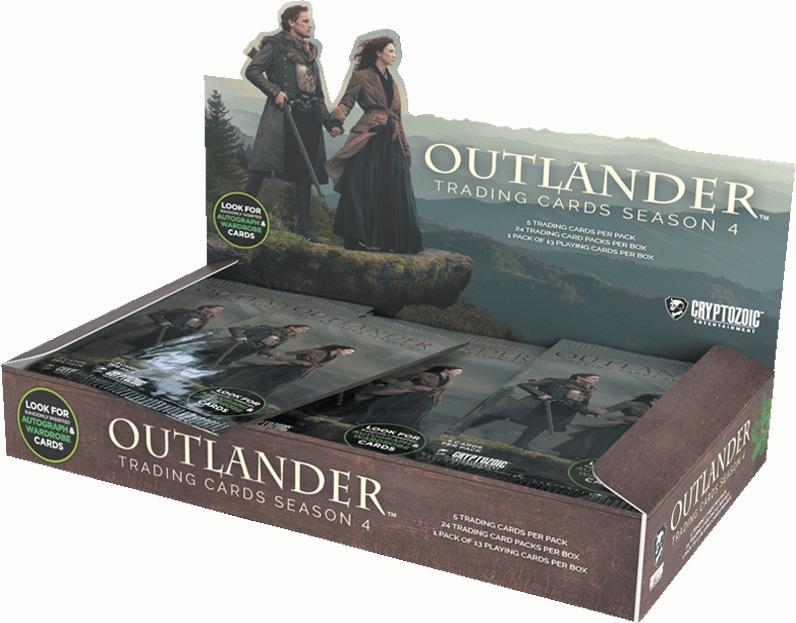 About Cryptozoic
Since 2010, Cryptozoic Entertainment has been dedicated to the concept of “Fans First,” striving to develop the most creative and sought-after products for pop culture enthusiasts worldwide. As an entertainment company with a diverse portfolio of licensed and original IPs, its catalog covers a broad spectrum of tabletop games and collectibles. The passionate team at Cryptozoic aims to inspire gamers and collectors all around the globe, while bringing fans together as part of the Cryptozoic community. Visit www.cryptozoic.com for more information and sign up for our Mailing List to receive our Fans First Newsletter and updates about products and events.