Lake Forest, CA – September 27, 2019 – Cryptozoic Entertainment, leading creator of board games, trading cards, and physical and digital collectibles, and Warner Bros. Consumer Products, on behalf of DC, today announced the limited release of the Wonder Woman: Princess of Themyscira Statue at New York Comic Con, October 3-6, followed by a full retail release after the convention. Fans can come to Cryptozoic’s Booth #244 at the Javits Center to purchase limited quantities of the marble-colored polyresin statue that reimagines Wonder Woman as a classical Greek sculpture.

Part of Cryptozoic’s CZX line of super premium products, the meticulously crafted collectible measures 14 inches tall and draws inspiration from the famous Venus de Milo and the character’s ties to Greek mythology. It features gold-accented versions of the DC Super Hero's iconic bracelets, lasso, and armor, as well as a removable spear. The rim of the shield is inscribed with Wonder Woman's classic epithet in Greek lettering: “Beautiful as Aphrodite, wise as Athena, swifter than Hermes, and stronger than Hercules.” Each statue is individually numbered from 1 to 2500. 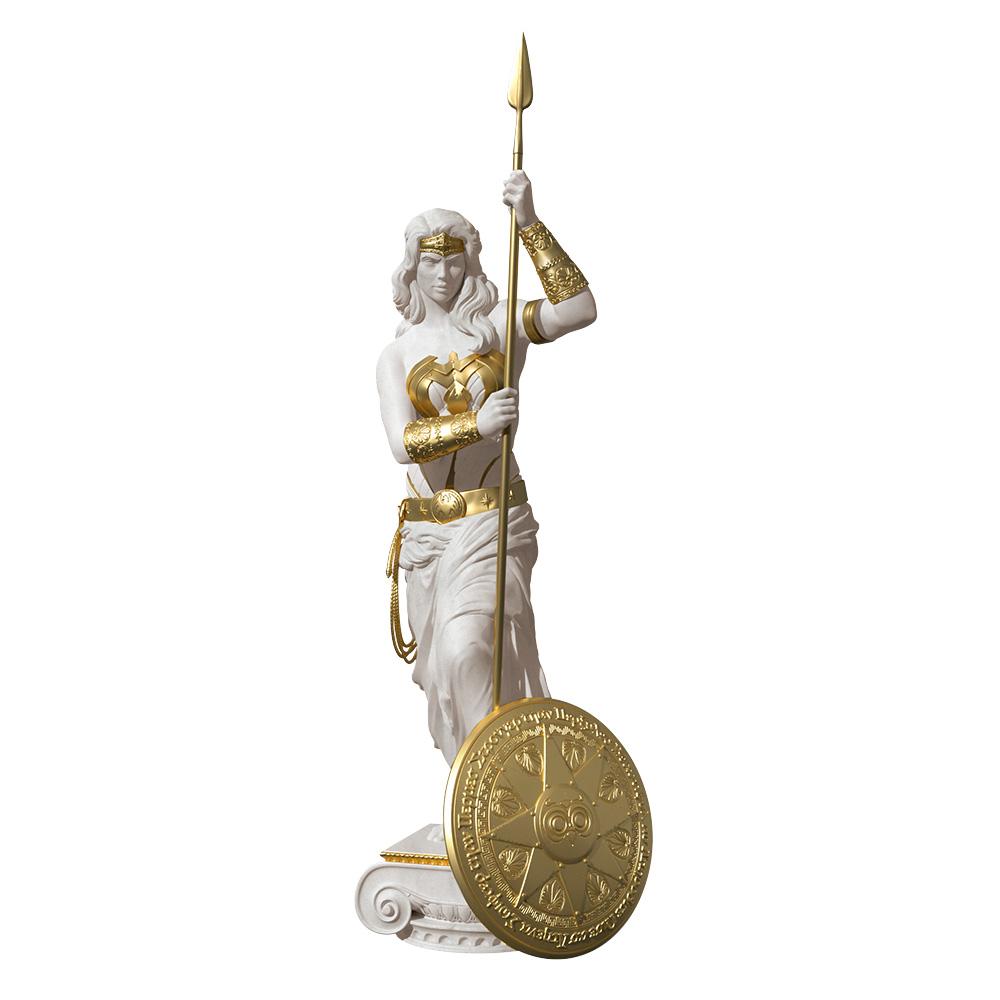 “Our goal with the Wonder Woman: Princess of Themyscira Statue was to create something that is a true work of art,” said Amanda Barker, Associate Product Manager at Cryptozoic. “We flipped through lots of art history books and focused on every detail to create a statue that looks like it belongs in a museum, but is still instantly recognizable as Wonder Woman. We are absolutely thrilled with how it turned out and think it is an amazing addition to our line of CZX premium products.”

Designed by Kyle Wlodyga and sculpted by Baktopur, it comes packaged inside a full-color closed box featuring images of the statue, as well as the Wonder Woman, DC, and CZX Logos. Also included is an exclusive CZX card that sports gold Deco Foil and shows the initial sketches for the figure. 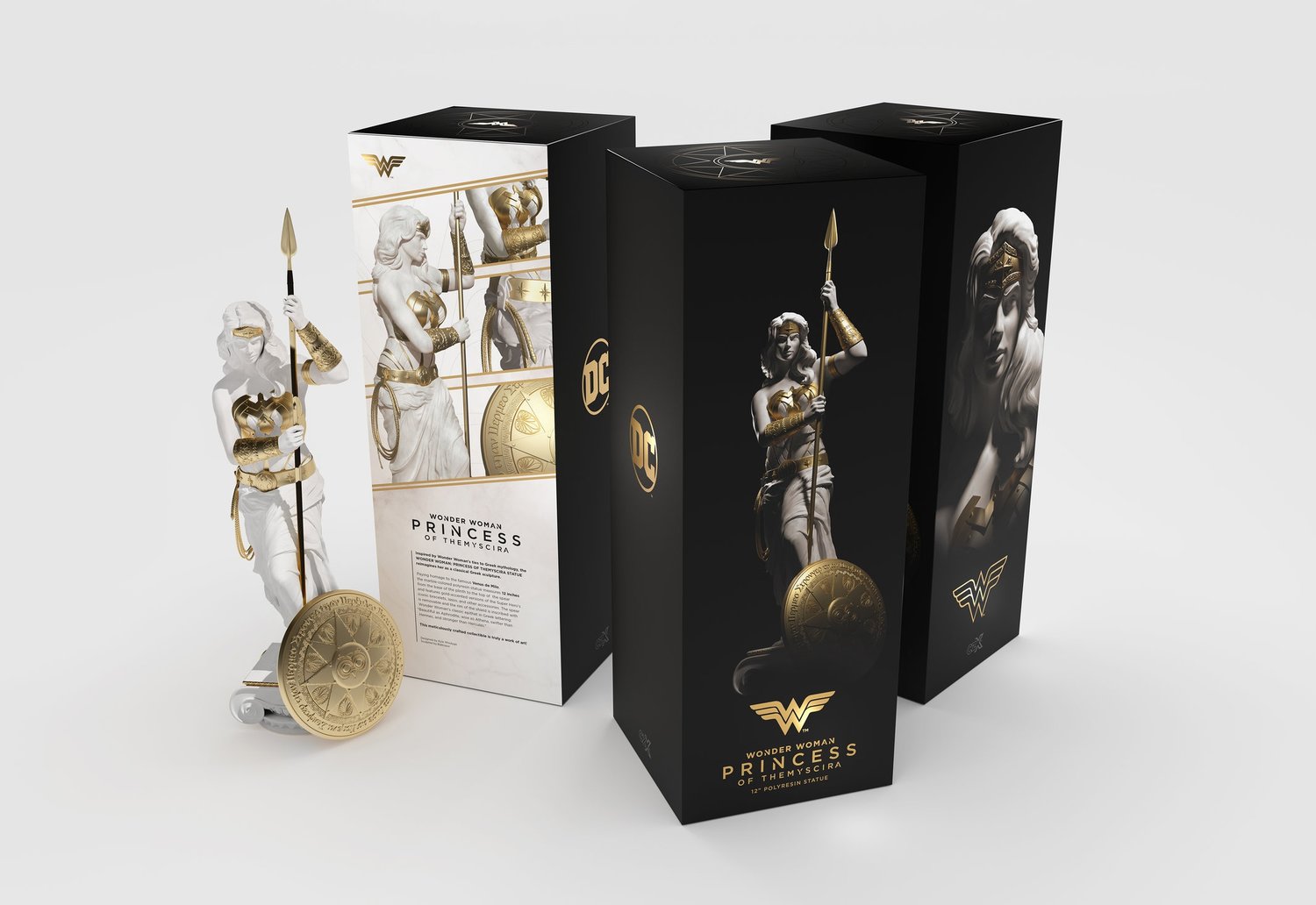 Wonder Woman: Princess of Themyscira Statue will be available first at New York Comic Con and then at retailers nationwide for a suggested retail price of $150. 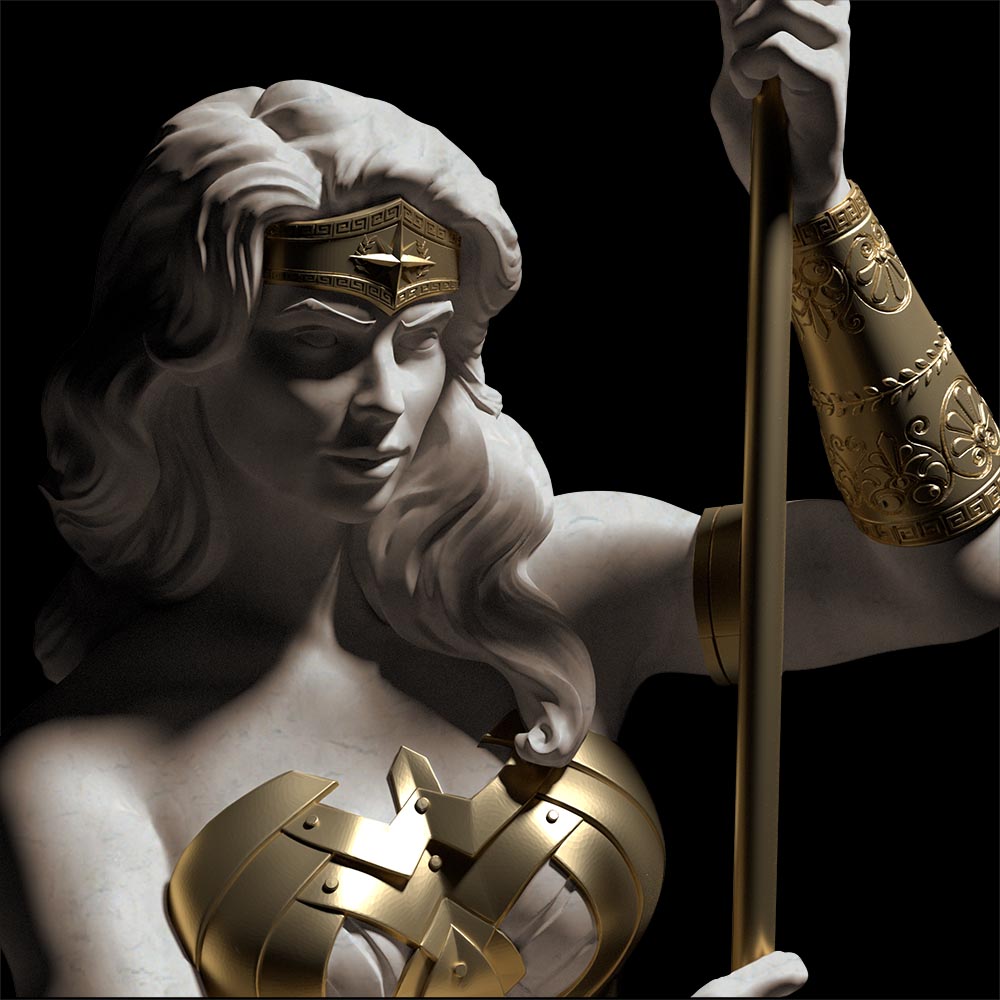 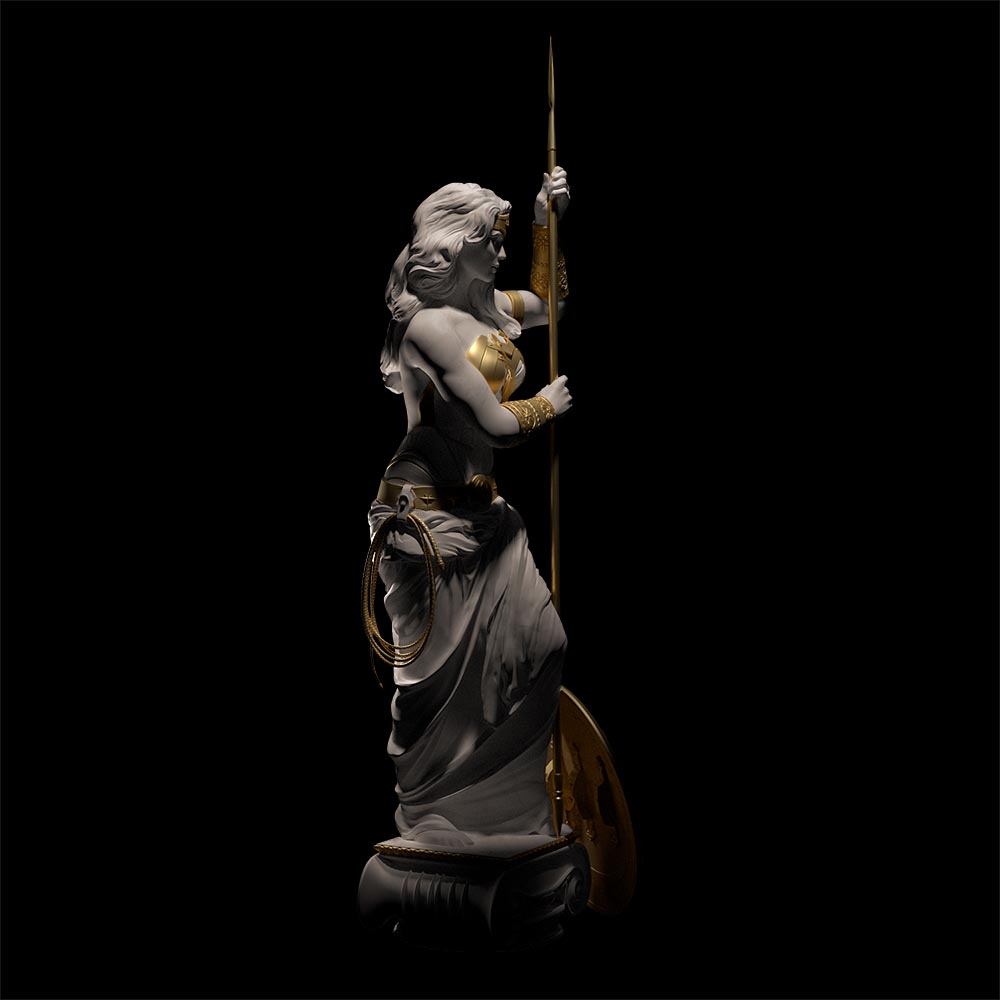 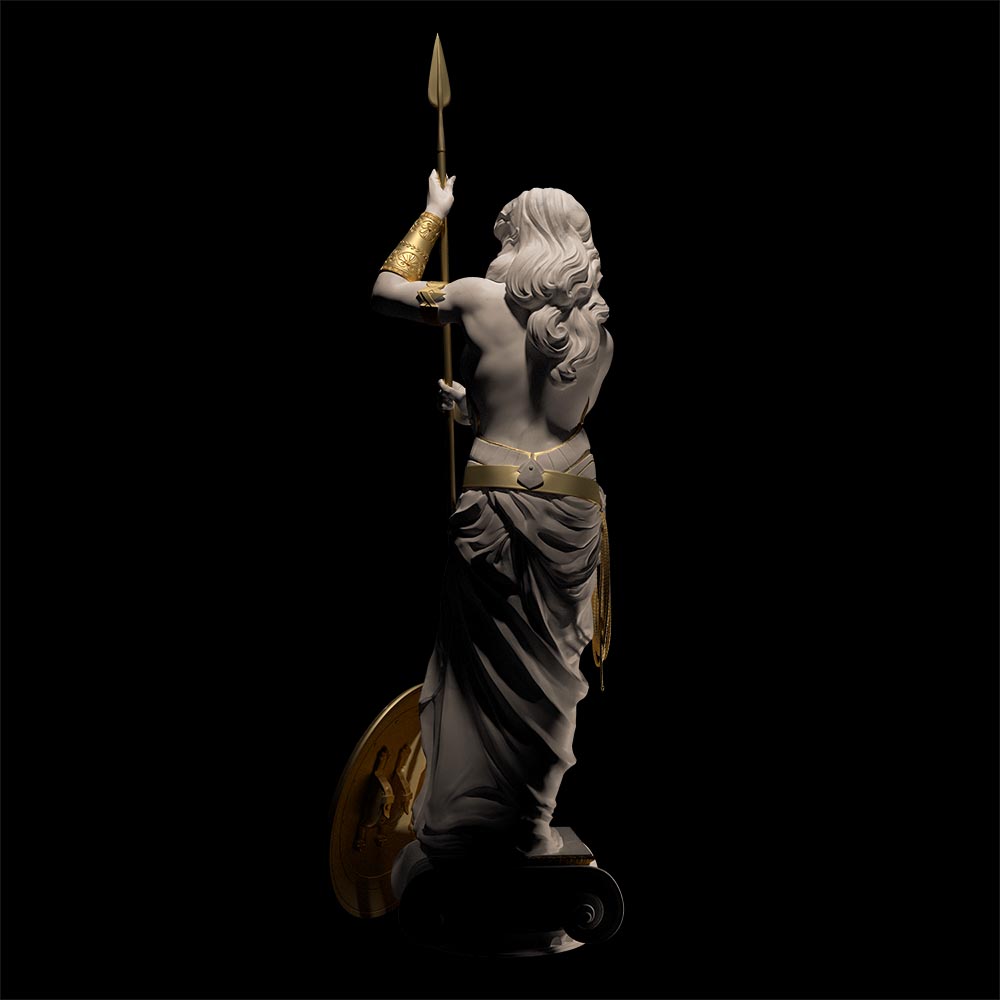 About Warner Bros. Consumer Products
Warner Bros. Consumer Products (WBCP), a Warner Bros. Entertainment Company, extends the Studio’s powerful portfolio of entertainment brands and franchises into the lives of fans around the world.  WBCP partners with best-in-class licensees globally on an award-winning range of toys, fashion, home décor, and publishing inspired by franchises and properties such as DC, Wizarding World, Looney Tunes and Hanna-Barbera. The division’s successful global themed entertainment business includes groundbreaking experiences such as The Wizarding World of Harry Potter and Warner Bros. World Abu Dhabi. With innovative global licensing and merchandising programs, retail initiatives, promotional partnerships and themed experiences, WBCP is one of the leading licensing and retail merchandising organizations in the world.

About DC
Home to iconic and globally recognized Super Heroes Batman, Superman and Wonder Woman, DC is one of the largest English-language publishers of comics in the world and a creative unit of WarnerMedia, publishing thousands of comic books, graphic novels and magazines each year. Founded in 1934 with the launch of Detective Comics, DC is charged with strategically integrating its stories and characters across Warner Bros. and WarnerMedia properties.

All DC characters and elements © and TM DC Comics. (s19)